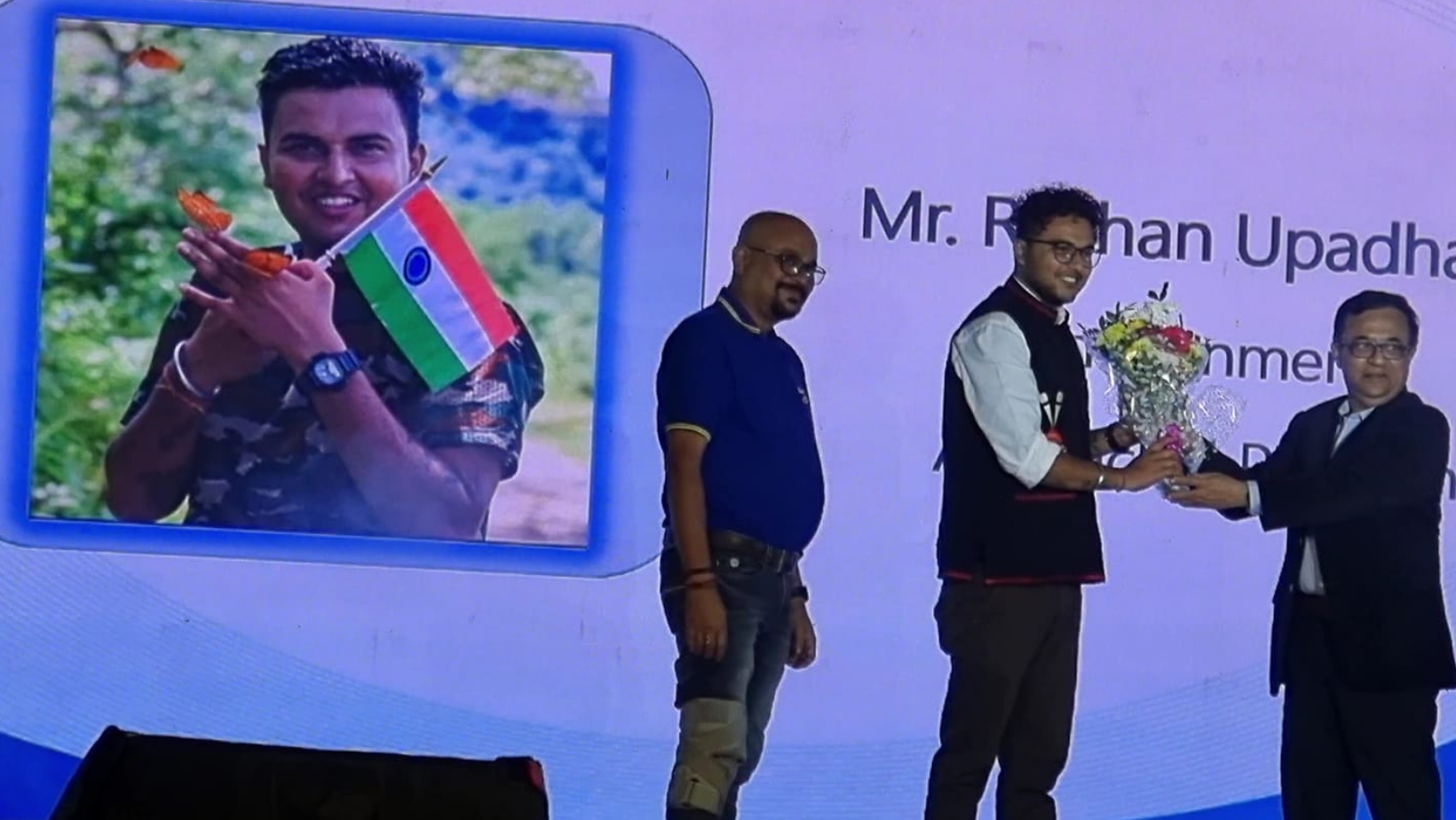 Roshan Upadhaya, the butterfly man from Arunachal Pradesh has been honoured with ‘North East Young Achiever’ award under the environment category at the Dalmia Young Achievers Award ceremony yesterday (January 16).

Dalmia Cement has honoured and recognised 10 young achievers from the Northeast regions for their exceptional performances in various disciplines to mark its 10th anniversary this year.

Chief Minister Pema Khandu congratulated Roshan Upadhaya on his achievement.
“Incredible work to conserve butterflies #Butterfly is nature’s angel and Shri Roshan Upadhyaya, ‘the butterfly man’, is doing incredible work for its conservation and documentation. In recognition to his efforts, Dalmia Cement (Bharat) Ltd has honoured him with ‘North East Young Achiever’ award, under environment category at the Dalmia Young Achievers Award ceremony. Shri Upadhyaya, a police commando, manages his job and pursues his passion for conserving butterflies.
He holds the record of capturing highest number of butterfly species through his lens. Congratulations. Keep up the good work,” CM Khandu tweeted.

The Government of Arunachal Pradesh also congratulated Roshan for inspiring the entire state with his passion and dedication to preserving nature.

Roshan Upadhaya is a police commando in the Arunachal Pradesh Police. He holds the Indian and Asia record for being photographed with the maximum number of butterfly species on his body, 140 to be precise.

Roshan considers Sikkim’s butterfly man Nawang La Bhutia to be his inspiration whom he met during the Pasighat Butterfly Meet.

Roshan would do his duties as a policeman at night and walk outside to look for butterflies during the day. He did this for 5 years and with every single day, his bond with butterflies grew stronger.

He has turned his passion for photography into a medium to create awareness of the importance of nature.

He is now transferring this knowledge to children as he believes that butterflies are the best way to teach children the value of nature and the environment.

He is even imparting this knowledge to young children as he believes butterflies are the best way to teach children about the value of nature and the environment.

He stated that he teaches children about butterflies to instil in them a love for butterflies, which will eventually lead to a love for nature, after which they will automatically work towards nature conservation.

The India Book of Records awarded Roshan a certificate in November 2019 for the “maximum number of butterfly species captured by a photographer,” a total of 140.

Roshan was born on 5 August 1993 in Miao, a gateway to the famed biodiversity hotspot of the eastern Himalayan region, the Namdapha National Park.

He did his schooling at the Government Higher Secondary School in Miao and was subsequently hired as a constable by the Arunachal Pradesh Police. His job however did not deter him from pursuing higher education, and he enrolled in a B. Com programme at the state’s oldest college, Jawaharlal Nehru College, Pasighat.