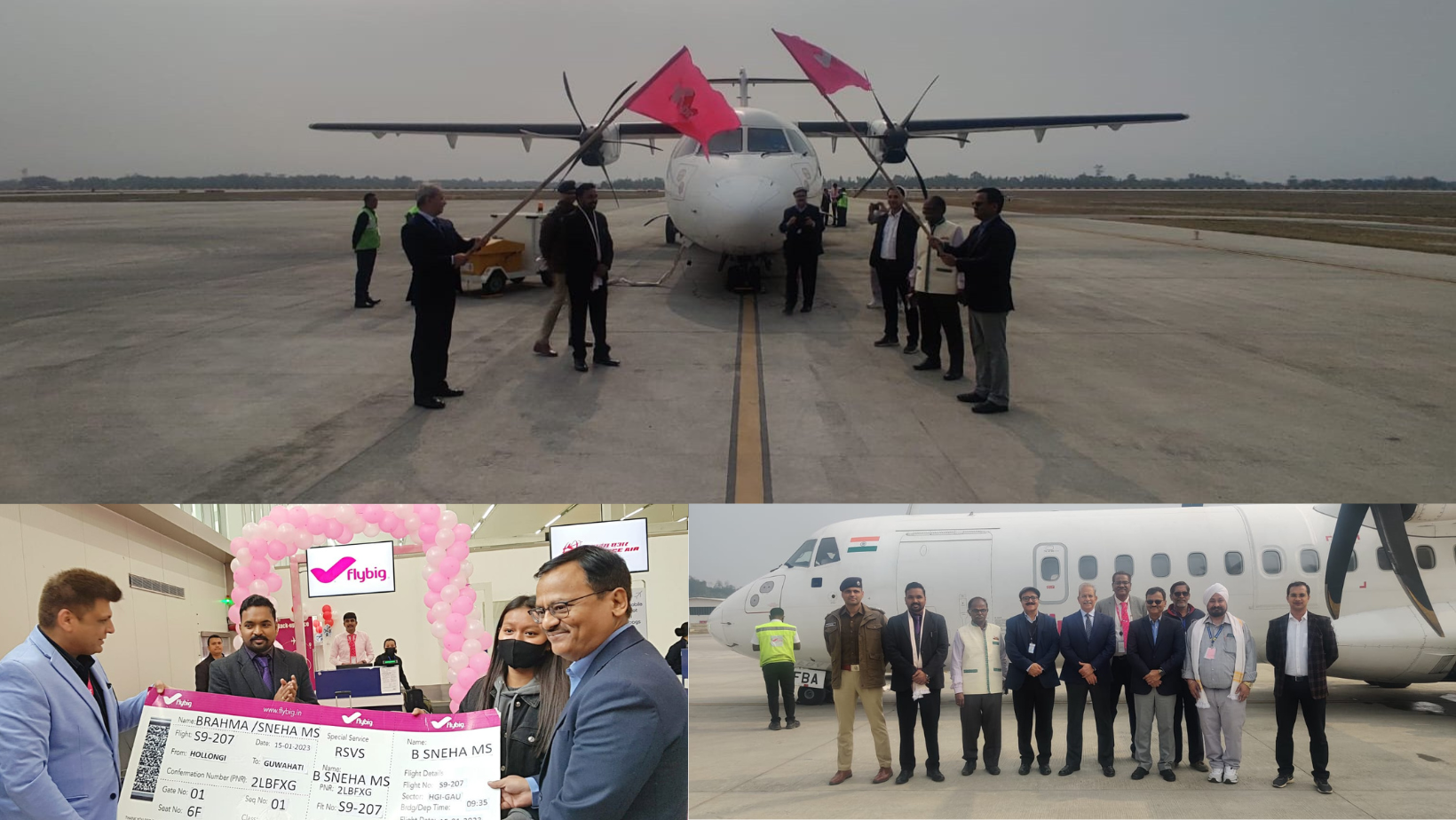 Good news for the people of Arunachal Pradesh. FlyBig airlines has begun its flight service from Itanagar to Guwahati from the recently inaugurated Donyi Polo airport in Hollongi, about 25 from Arunachal Pradesh’s capital city Itanagar,

The budget airline has deployed 70 seaters ATR 72-500 aircrafts for the flight service.

The first flight was flagged off yesterday.

Alliance Airlines is also planning to start its services to connect Hollongi with destinations like Dibrugarh, Tezu, and Pasighat.

Other airlines like Akasha and SpiceJet are also likely to start their services from the Hollongi airport.

It is the first greenfield airport in Arunachal Pradesh, has been developed in an area of over 690 acres, at a cost of more than Rs. 640 crores. With a 2300 m runway, the airport is suitable for all weather day operations.