The universal nature of the scheme brings over 5.5 lakh households across the state under its fold irrespective of religion, caste, class, or income bracket 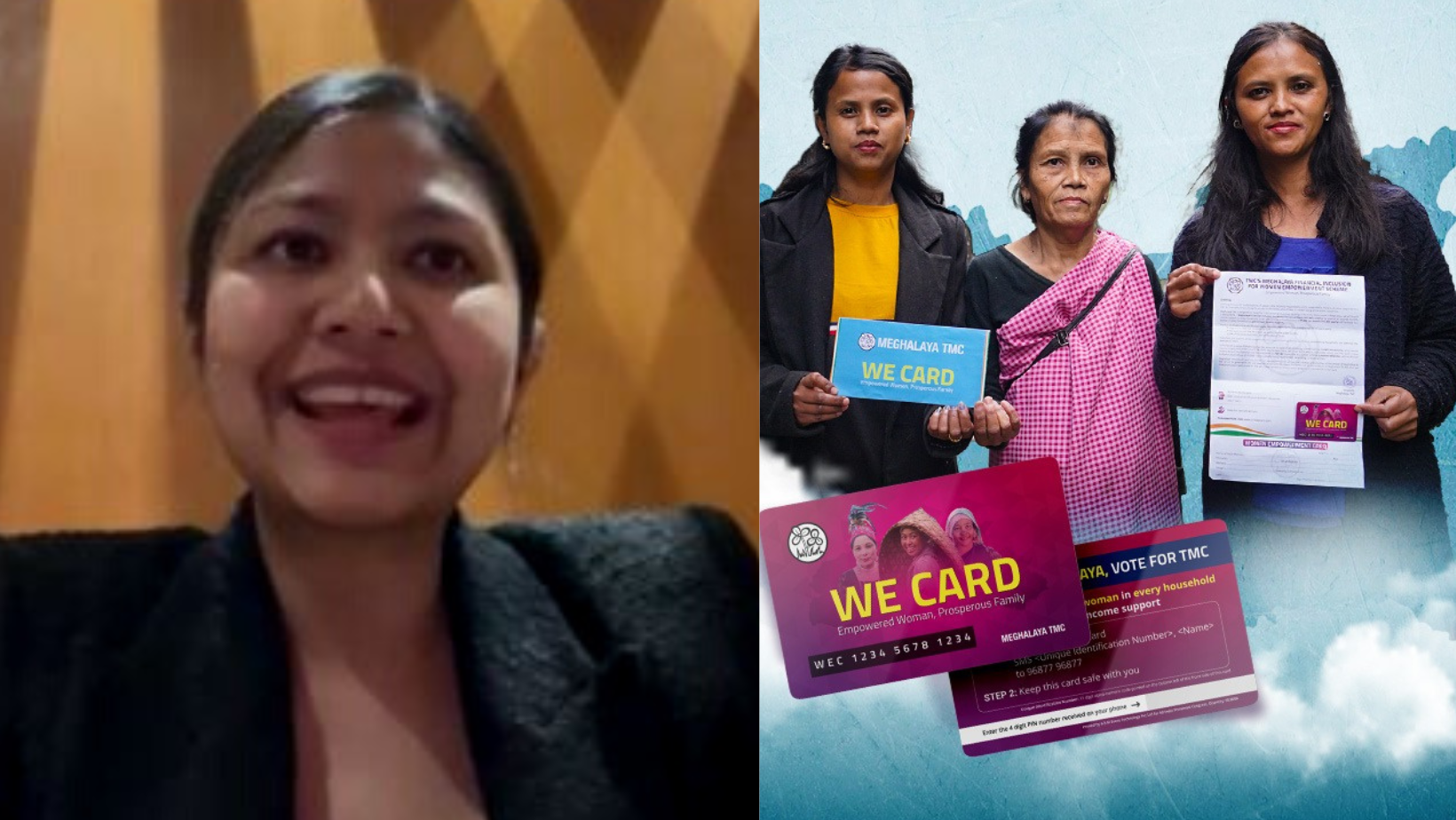 Meghalaya Trinamool Congress’ flagship initiative, WE Card, has received over two lakh registrations in three weeks, Meghalaya TMC MLA Miani D Shira said.
The Meghalaya Financial Inclusion for Women Empowerment Scheme (MFI WE), more popularly known as the WE Card, was launched in the presence of All India Trinamool Congress chairperson Mamata Banerjee on December 13.
“We at Meghalaya TMC launched the ‘WE Card’ under the Meghalaya Financial Inclusion for Women Empowerment Scheme three weeks ago. Within these three weeks, we have received over 2 lakh registrations, and we are extremely happy to witness the amount of faith the women of Meghalaya have bestowed on us,” Shira said.
She further added that women from across the state have come out of voluntarily and enrolled themselves for the scheme. “The universal nature of the scheme brings over 5.5 lakh households across the state under its fold, irrespective of religion, caste, class, or income bracket.”
“This massive support shown by the women of Meghalaya has definitely shaken things up and sent shock waves across all political parties of Meghalaya. I would like to thank each and every one of you who has shown support for the ‘WE Card’ and I definitely believe this is going to change the political and economic scenario of the state of Meghalaya.” added, Miani D Shira.
The WE Card provides 1,000 in monthly income support to one woman per household in the state. The money will be transferred directly into the bank accounts of the beneficiaries, further empowering the women of the state.
This claim of Meghalaya TMC gains significance in the backdrop of the state going to polls early this year.