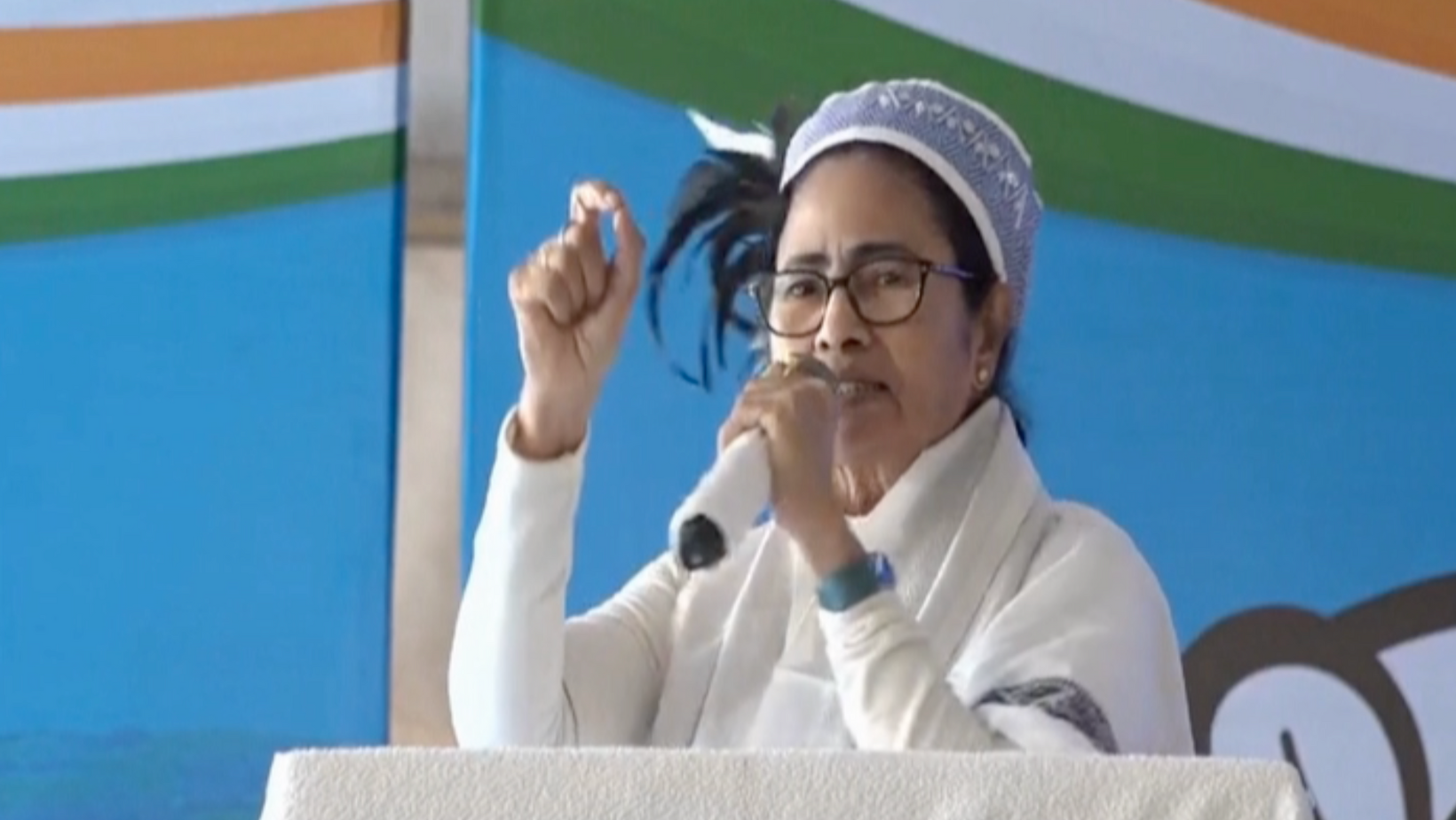 West Bengal Chief Minister and TMC supremo Mamata Banerjee on Wednesday promised to bring a credible change, improve the living standards of the people and ensure better governance in Meghalaya once voted to power in the upcoming Assembly polls.

The CM who is on a day’s visit to Meghalaya that goes to poll on February 27, said that MDA Government has neglected the concerns of the people in the state and failed them but “TMC promises to strive for people’s welfare and herald an era of progress”.

“What the Government has done in the last 5 years? Where is their report card? We challenge them, first show your report card you did for 5 years and after that, you say so many things,” said Mamata Banerjee addressing the poll rally at Mendipathar in North Garo Hills.

She claimed that the double-engine government at the time of the elections, ‘mislead the people with promises like prices of essentials, fuel and LPG will come down if they are voted to power. But nothing like that happens. They just want to be heroes. They say something during the elections which change later’.

“Even they can use a teleprompter. The speech is ready only they speak. We do not do it because whatever we are saying is from my heart. Meghalaya is my heart and that’s why I am saying from my heart,’ she added.

The TMC supremo said, “If you want to change the present corrupt and discredited government then please see TMC is the only credible party and there is no alternative. We know how to fight.”

She also pointed out that electricity has not reached certain areas or villages in the state and so people are asking for light and electricity. “They say give us sunshine then I will give you the vote otherwise no,” said the TMC supremo.

She urged the people of the hill state to commit to her that whatever the proposal may come from BJP or MDA parties, they will never bow down to anyone to restore their pride, to restore their glory for the future of Meghalaya.

She requested everyone to empower the people, uphold the culture and celebrate the land of Meghalaya and remove the proxy BJP government which has not yet done anything for the people.

This was her second visit to the poll-bound state in just a month. She was in Meghalaya just last month addressing poll rallies and she had also announced the financial assistance scheme for women – WE Card. She was accompanied by TMC’s National General Secretary Abhishek Banerjee.