The last rites of the Chief of Defence Staff, General Bipin Rawat, and his wife Madhulika Rawat were performed with full military honours at the Brar Square crematorium at Delhi 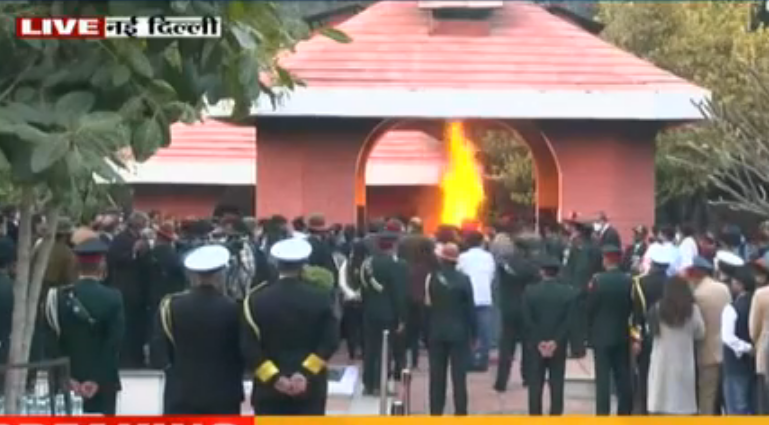 The last rites of the Chief of Defence Staff, General Bipin Rawat, and his wife Madhulika Rawat were performed with full military honours at the Brar Square crematorium at Delhi Cantonment today. 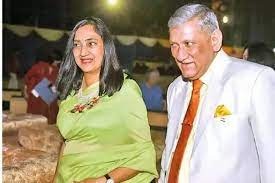 The Chief of Defence Staff was accorded a sombre 17-gun salute in presence of about 800 service personnel who took part in the cremation ceremony. 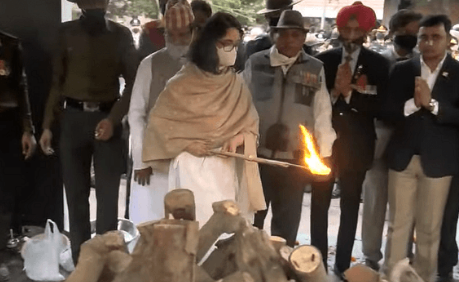 Several people joined the funeral procession with chants of ‘Vande Mataram’ as it proceeded towards the crematorium. 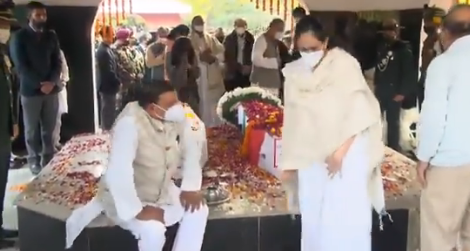 People were seen along the sides of the road with banners and national flags while the cortege made its way. 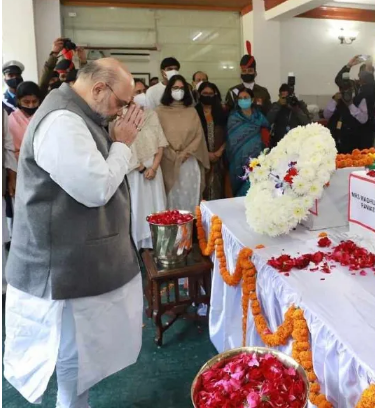 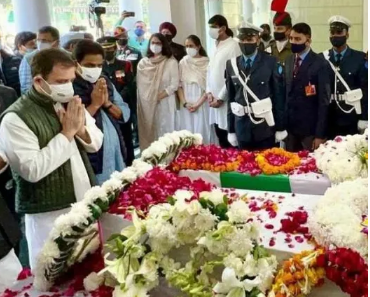 Sadly, mortal remains of only three persons — General Rawat, his wife Madhulika Rawat and Brigadier Lidder — had been positively identified so far.

Brigadier Lidder was cremated with military honours earlier in the day.