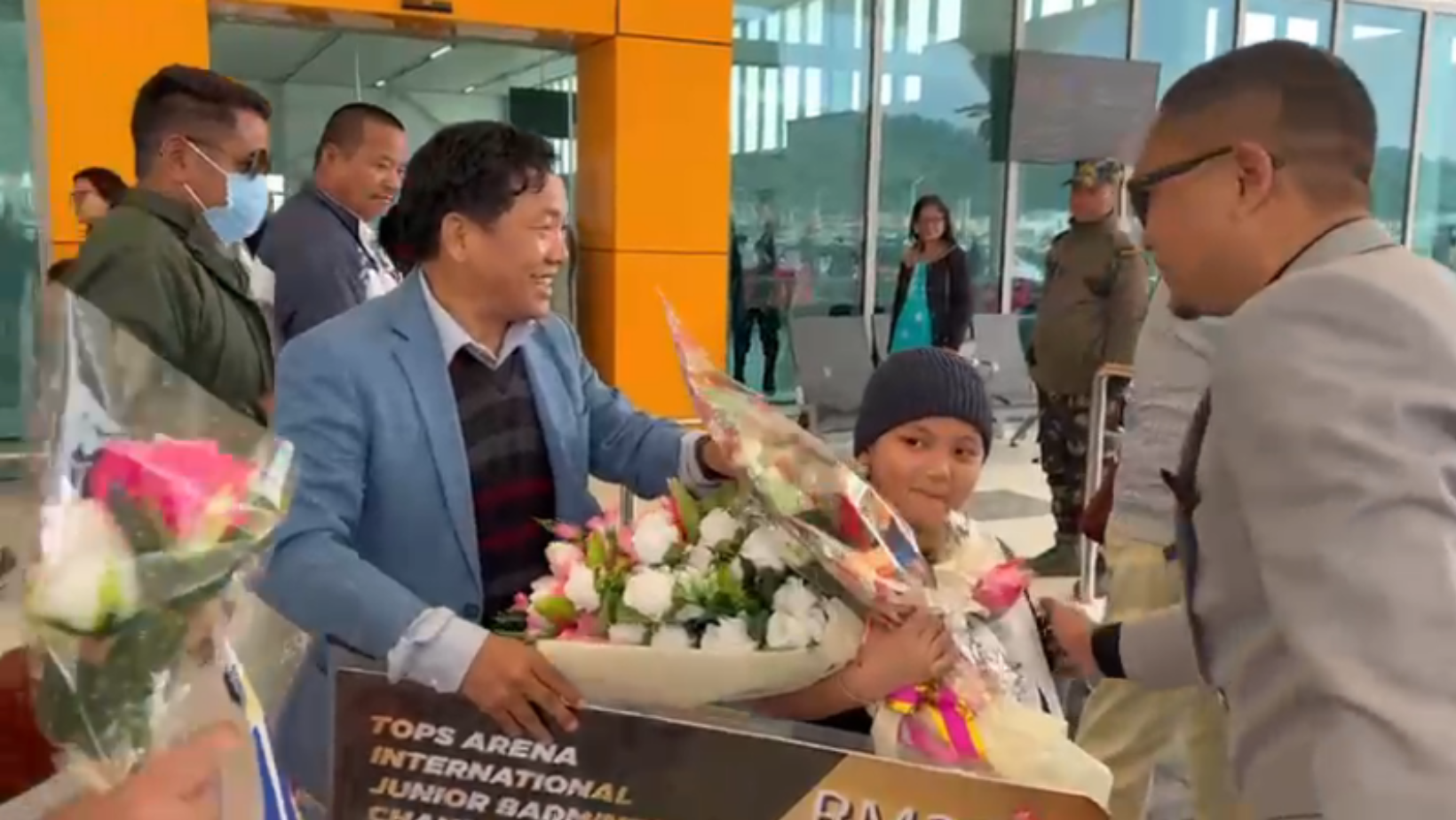 7-year-old Geto Sora, a badminton prodigy from Arunachal Pradesh has won the Top Arena Junior International Badminton Championship title in the under 9 years category making the state and the nation proud.

The young shuttler from Arunachal Pradesh was greeted warmly by the people of the state upon his arrival in Itanagar following his victory at the International Badminton Championship.

This is Sora’s second international badminton title in two months.

In November, Sora had won the U-9 boys singles titles in the BTY-Yonex-Singha Championship held at the Banthongyord Badminton School in Bangkok, Thailand.

In 2019, he took part in his first state-level event, the Dorjee Khandu Memorial State Badminton Championship, where he was able to claim the title of “most promising player.”

In addition, Geto also won a gold at the PNB MetLife Junior Badminton Championship in Guwahati, Assam in 2020.