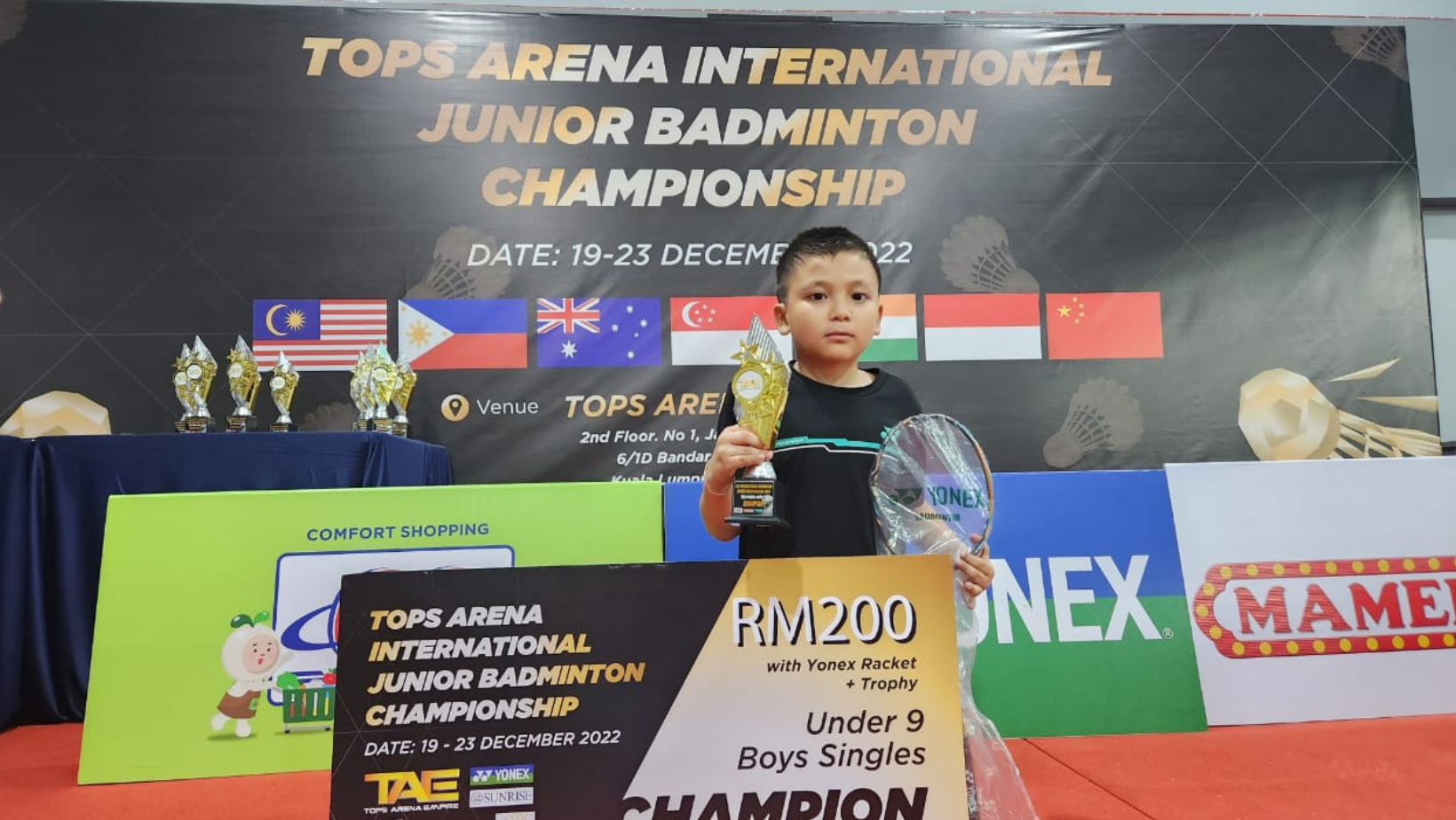 7-year-old Geto Sora, a badminton prodigy from Arunachal Pradesh has advanced to the semi finals in the under 9 boys’ singles Championship at the Top Arena Junior International Badminton Championship at Kaula Lumpur on December 22 making the state and the country proud.

Sora is currently in first position in the U-9 category, which is part of Group A. The U-9 category is divided into two groups: A and B. However, Geto lost in the U-11 quarterfinal match.

Geto enthralled hundreds of spectators during the quarter final match in the Under 9 category, and it is an outstanding achievement for the state’s young shuttler.

Bamang Tago, Secretary General of the Arunachal State Badminton Association, congratulated Geto and expressed pride in his consistent performance in the international tournament.

Chief Minister Pema Khandu also congratulated the 7 year old shuttler for his achievement and making his state proud.
“Well done, Geto Sora! Proud of your incredible feat! Your feat against Jaryl Teh of Malaysia’s seed No. 2 player in finals by 21-5, 21-16 in straight under 9 age category at Top Arena Junior International Badminton Championship in Kaula Lumpur is so inspiring. Blessings,” CM Khandu tweeted.

Earlier, Geto Sora clinched the U-9 boys singles title in the Yonex-Singha-BTY Championships 2022 held at the Ban Thong Yod Badminton School in Bangkok, the capital city of Thailand.