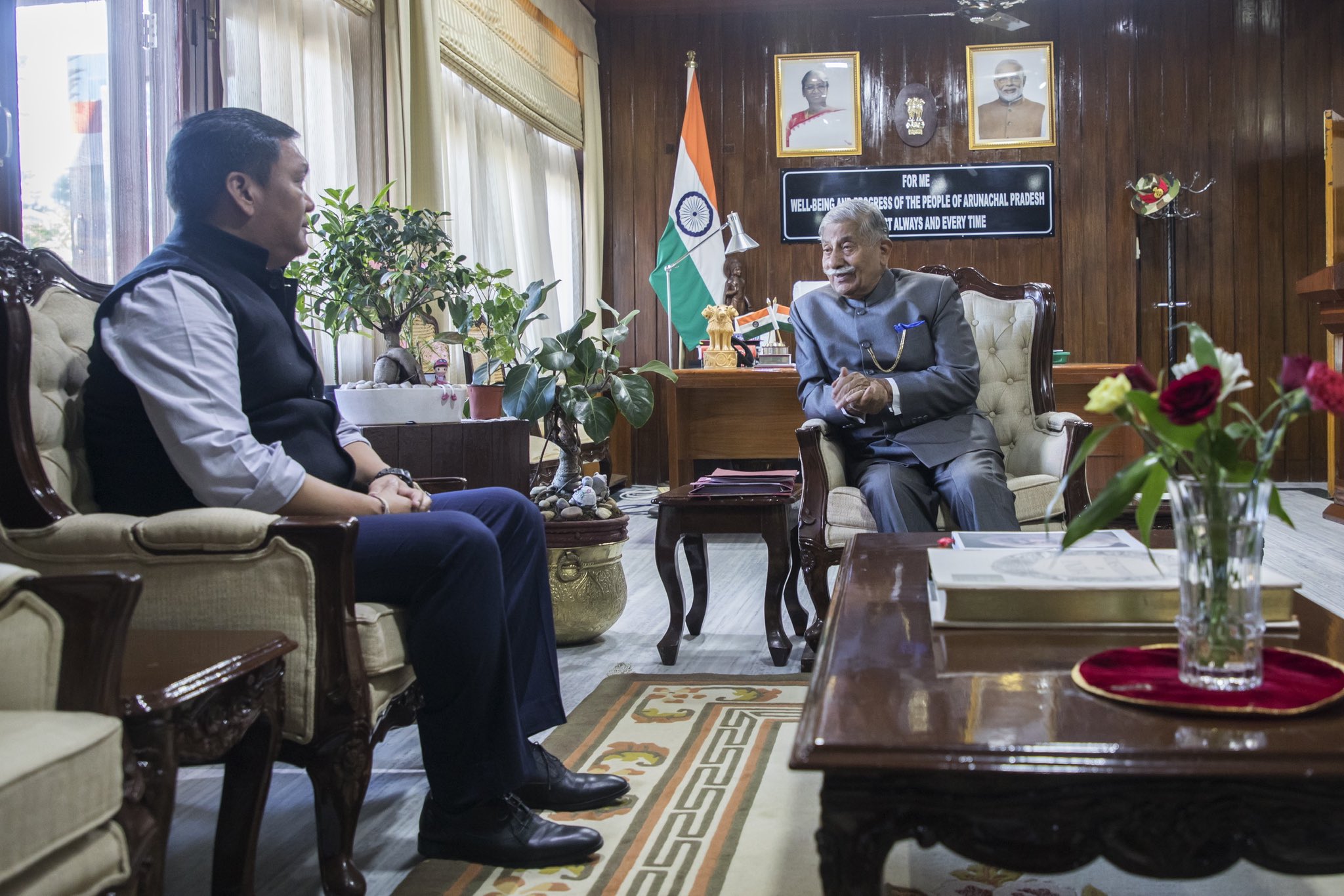 Amid the protests by aspirants and police arresting at least 46 people including 39 government employees for their alleged involvement in the APPSC paper leak scam, Arunachal Pradesh Chief Minister Pema Khandu on Saturday called on Governor Brig. (Dr.) B.D. Mishra (Retd.) at Raj Bhavan and appraised the Governor of the steps the state government is taking with regard to the paper leak case among other issues.

Expressing concern, Governor BD Mishra said, “No meritorious candidate must lose any opportunity due to the paper leakage case.”

So far the Special Investigation Cell (SIC) of Arunachal police has arrested 46 people including several government servants for their alleged involvement in the scam that has adversely impacted the lives and careers of several youngsters of the state. The SIC has informed that the case will be investigated by the CBI. However, SIC would provide any assistance required by CBI.

The Governor emphasized on implementation of developmental projects and programmes within the given time frame. The duo also discussed issues related to the State University, road communications, and law and order and the much important issue of security along the international border and measures to mitigate the challenges on the Line of Actual Control.