Forty-year-old Purna Chandra Jamatia was elected new CEM after TIPRA Motha Chairman Pradyot Dev Barman decided not to take the CEM’s post and proposed Jamatia’s name as the leader of the house.

Along with Jamatia, other newly elected Tipra Motha members were also administered the oath of office by Tripura Governor Ramesh Bais. A total of 18 elected members of the party were sworn in to the council, including Royal Scion Pradyot Dev Barman. 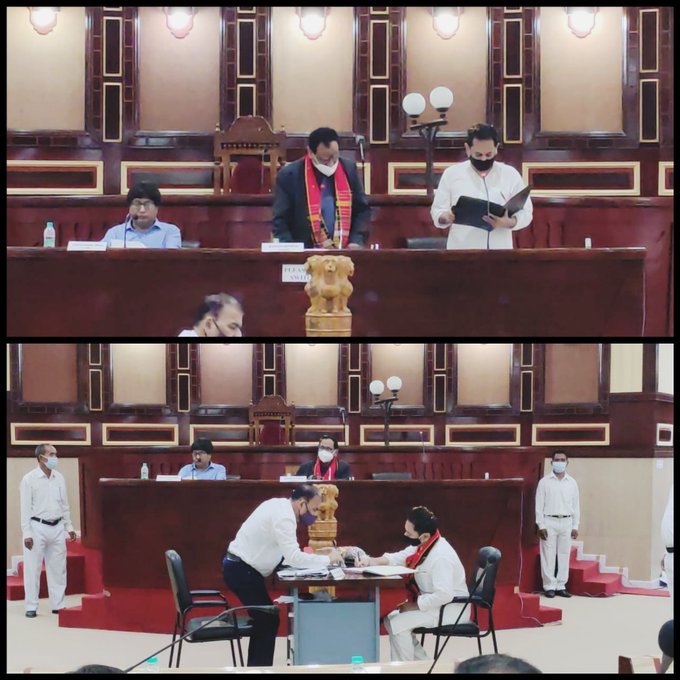 Veteran tribal leader Jagadish Debbarma has been elected as Chairman of the Council.

It is to be noted that nine BJP MDCs remained absent from the swearing-in while alleging the Tipra Motha of post poll violence.