West Bengal Governor Jagdeep Dhankhar met people affected by post-poll violence in Bengal at Ranpagli camp in the Agomani area of Assam on Friday. He interacted with those who had 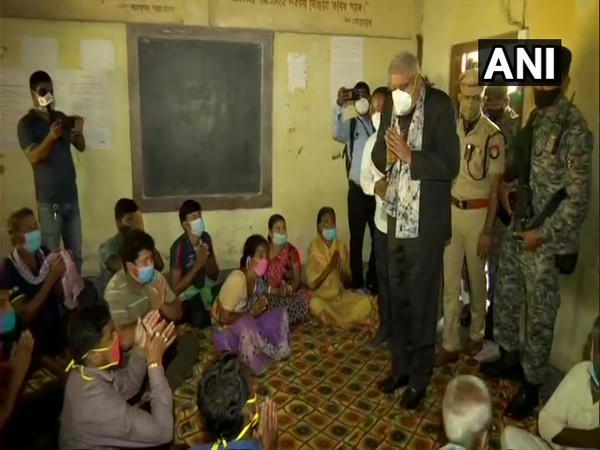 West Bengal Governor Jagdeep Dhankhar met people affected by post-poll violence in Bengal at Ranpagli camp in the Agomani area of Assam on Friday. He interacted with those who had taken refuge in the camp.

He also urged West Bengal Chief Minister Mamata Banerjee to give up the confrontationist approach.

“Would urge @MamataOfficial to take to cooperative and constitutional stance and give up confrontationist approach as this alone can blossom democracy, promote rule of law and serve the people. Would take initiative to so accomplish by deliberating with CM,” he said in a tweet.

On Thursday evening, Dhankar had visited West Bengal’s Coochbehar and interacted with victims of the post-poll violence.

“At Coochbehar. Visited several affected areas. Distressed at grim scenario. After listening to tales of sorrow no tears left in my eyes. Never imagined severity of post poll retributive violence @MamataOfficial was much beyond. One is made to pay with life and rights for voting!” he had tweeted.

He had also called upon the Mamata Banerjee government to “restore credibility and bring to book the culprits who have chosen to tarnish our democratic fabric”.

Earlier this month, Bharatiya Janata Party (BJP) alleged that nine of its party workers had been killed in the post-poll violence. However, the Trinamool Congress (TMC) refuted the allegations.

On May 7, a four-member team deputed by the Ministry of Home Affairs had visited the Diamond Harbour area of West Bengal’s South 24 Parganas district to assess the ground situation.

A five-member Constitution Bench of the Calcutta High Court had also ordered the West Bengal Home Secretary to file a report mentioning the places where the violence occurred and the steps taken.

Following the declaration of West Bengal Assembly poll results on May 2, incidents of violence had been reported in several parts of the state. (ANI)