The 3-member advisory committee would submit its report by March 31, the official order from the, Secondary Education Department said 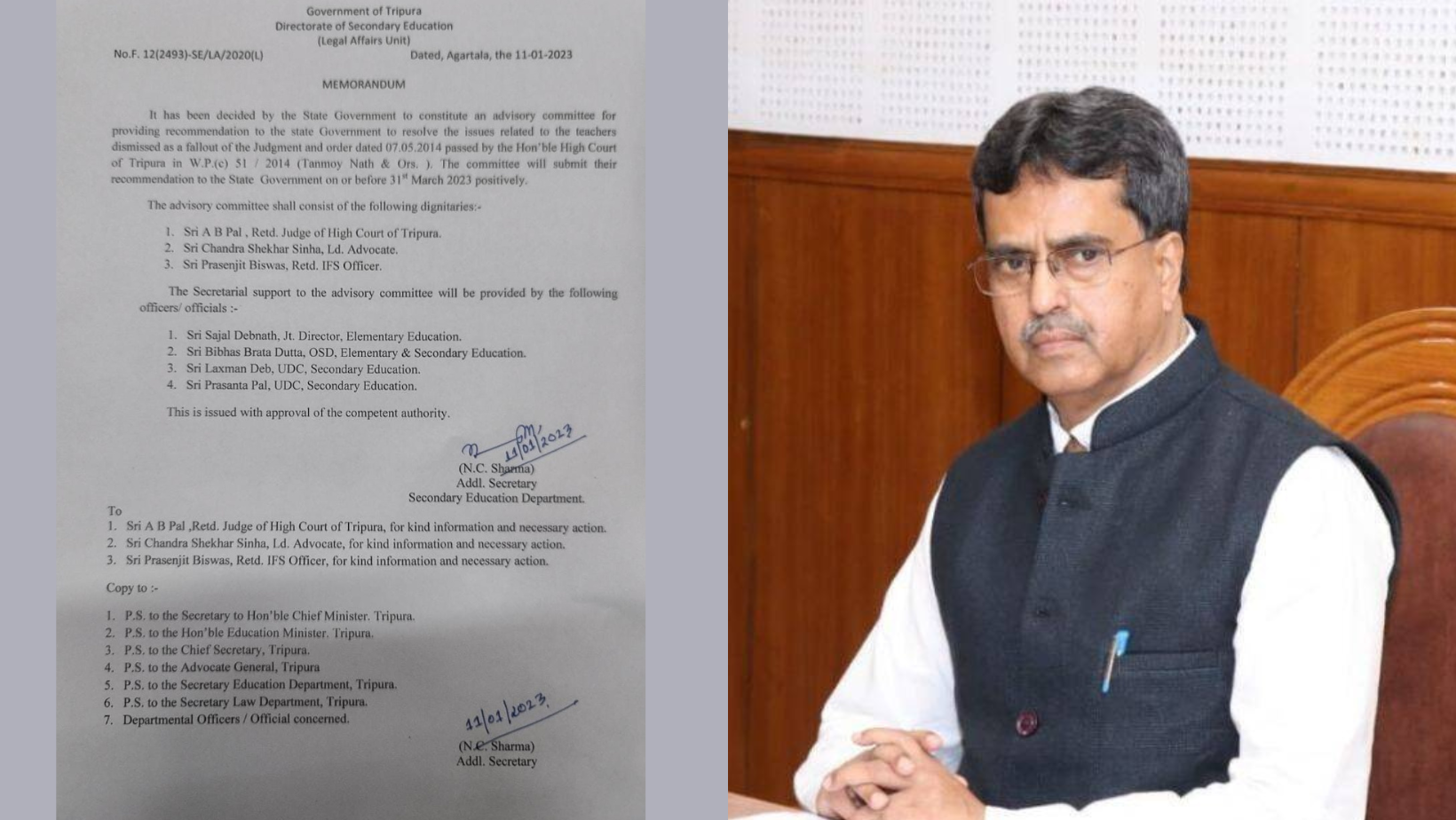 In a move that might bring some relief to the over ten thousand teachers who were dismissed as a fallout of a Tripura High Court order of May 2014, the state government on Wednesday announced the setting up of a 3-member advisory committee to provide recommendations to the government and help resolve the issues of the teachers who have been protesting for several months after their dismissal in 2019.
The members of the committee are:

In 2014, a Tripura High Court had cancelled the employment of 10,323 teachers due to wrong recruitment policy. The order challenged by the state government but the Supreme Court upheld the Tripura High Court’s verdict.

The legal battle continued and the apex court allowed the appointment of the teachers on an ad-hoc basis till March 31, 2020.

Since then the teachers have been protesting.