Because of the economic growth, especially in the rural areas of Tripura, demand for schemes like MNREGA has gone down 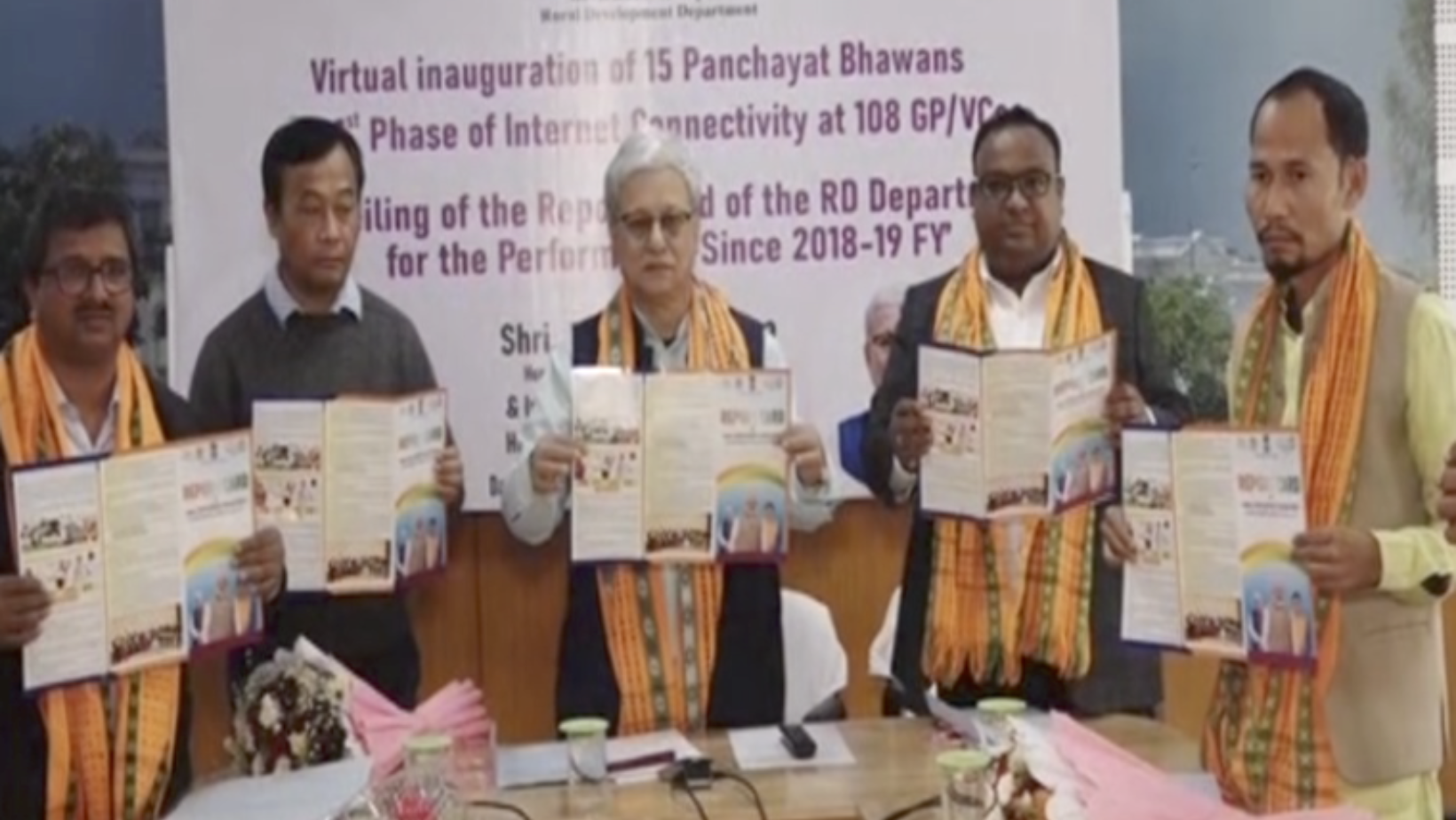 With an eye on the upcoming assembly polls in Tripura, Deputy Chief Minister Jishnu Dev Varma highlighted the economic growth that took place especially in the rural areas of Tripura.

He said that because of the growth in the rural areas of the state, the demand for schemes like MGNREGA has reduced. This, he said, is an indicator of the development that has taken place under the rule of the present government in the last five years despite the COVID situation.

He said this speaking to reporters in the sidelines of inauguration of 15 Panchayet Bhavan and 1st Phase internet connectivity. The DCM also released the report card of Rural Development (Panchayat) on Friday evening.

Dev Varma, who is also the Finance and Rural Development Minister of Tripura said, “Despite COVID Tripura has done well in MGNREGA and the average annual mendays has been more than 60 and above 65 in the aspirational blocks.”

He added that during last fiscal in Dumburnagar, in one of the aspirational blocks, there has been 125 days average mendays and which is a milestone.

The Deputy CM said that MGNREGA is a demand based approach and no one can be forced.
He added, “When there is development, people have other avenues (of earning) why will people do MGNREGA. Electricity consumption is also an indication of growth and development. If the load increases that means development is taking place, last time we had a load of 300 MW which is very encouraging but we were nervous as had not estimated that kind of load during Puja time. If the demand for MGNREGA is not there that means people are doing other things. People have opened shops and new avenues of income.”

Dev Varma claimed that unlike the Left Front regime when there has been rampant corruption and big scams in payment to the MGNREGA employees, at present twice geo-tagging of works is going on and this is being done to maintain transparency and moreover, beneficiaries no longer need to block roads or protest for their payments as the money is digitally transferred to their accounts.”
On the inauguration of new Panchayat buildings and high speed internet access Dev Varma said, “We want the Panchayat to come closer to the administration. The 108 Panchayats have been connected with high speed internet connection so that services can be delivered at the doorstep.”