IPL franchise Rajasthan Royals, in collaboration with Assam Cricket Association (ACA) on Friday launched the State Cricket Academy, Assam powered by Rajasthan Royals in Guwahati. The academy is based in the 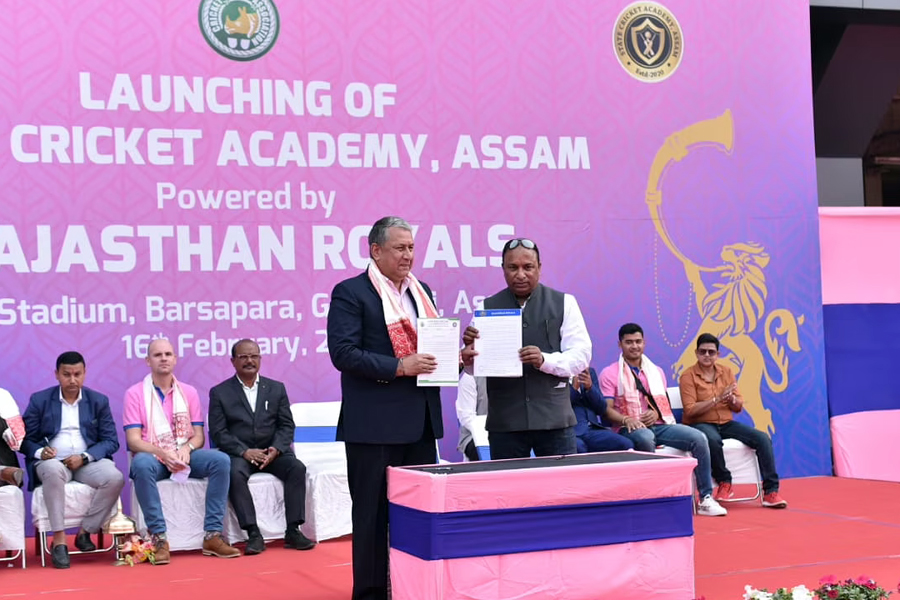 The academy is based in the city’s Barsapara stadium and will cater to young cricketers across Assam and other north-eastern states.

The IPL franchise has announced their first academy in the Northeast, which is in line with their vision of discovering, nurturing, promoting and providing a platform to young talent.

Commenting on the partnership and the opportunities it brings to all parties, Rajasthan Royals Executive Chairman Ranjit Barthakur said the Academy will cater to the whole Northeast scouting and grooming talents from the region.

The Royals, through this partnership, will create a detailed plan and layout of the academy functioning – providing quality control and support for the players and the coaching staff. The academy will be the nucleus for cricket development in the entire North East.

The Assam Cricket Association will be in charge of the day-to-day operations including the management of the resources. The ACA will also build the infrastructure for the academy, which will include the ground and other requisite facilities.

Meanwhile, Rajasthan Royals CEO Mike Fordham said every part of India is booming with cricketing talents, and the IPL has been able to tap into this talent and project them on the global platform.

Riyan Parag who plays for the Rajasthan Royals in the Indian Premier League added the academy is very much essential for young cricket talents from the region, as they will be able to access world-class cricket grooming right at home.