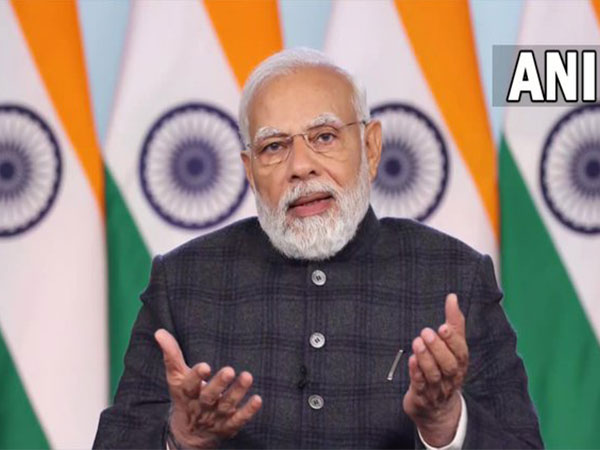 Prime Minister Narendra Modi is scheduled to virtually participate in an event to name the 21 largest unnamed islands of Andaman and Nicobar Islands after 21 Param Vir Chakra awardees on the Parakram Diwas on Monday.
The Government had declared January 23 as Parakram Diwas in 2021 to commemorate the birth anniversary of Netaji Subhas Chandra Bose.

“Tomorrow, on the day of bravery, there will be a special program in honor of the heroic children of Mother India. Will be a part of it through video conferencing at 11 am. During this, 21 largest unnamed islands of Andaman-Nicobar will be named after 21 Param Vir Chakra winners,” Prime Minister Narendra Modi said in a tweet on Sunday.
According to an official release from the Prime Minister’s Office (PMO), PM Modi would also unveil the model of the National Memorial dedicated to Netaji to be built on Netaji Subhas Chandra Bose Dweep.
Keeping in mind the historical significance of the Andaman & Nicobar Islands and to honor the memory of Netaji, Ross Islands was renamed as Netaji Subhash Chandra Bose Dweep by the Prime Minister during his visit to the Island in 2018. Neil Island and Havelock Island were also renamed as Shaheed Dweep and Swaraj Dweep.
“Giving due respect to the real-life heroes of the country has always been accorded the highest priority by the Prime Minister. Going ahead with this spirit, it has now been decided to name the 21 largest unnamed islands of the island group after 21 Param Vir Chakra awardees,” the statement from the PMO read.
The largest unnamed island will be named after the first Param Vir Chakra awardee, the second largest unnamed island will be named after the second Param Vir Chakra awardee, and so on.
This step will be an everlasting tribute to our heroes, several of whom made the ultimate sacrifice to protect the sovereignty and integrity of the nation.
“These islands have been named after the 21 Param Vir Chakra awardees, viz. Major Somnath Sharma; Subedar and Hony Captain (then Lance Naik) Karam Singh, MM; 2nd Lt. Rama Raghoba Rane; Nayak Jadunath Singh; Company Havildar Major Piru Singh; Capt GS Salaria; Lieutenant Colonel (then Major) Dhan Singh Thapa; Subedar Joginder Singh; Major Shaitan Singh; CQMH. Abdul Hamid; Lt Col Ardeshir Burzorji Tarapore; Lance Naik Albert Ekka; Major Hoshiar Singh; 2nd Lt. Arun Khetrapal; Flying Officer Nirmaljit Singh Sekhon; Major Ramaswamy Parameswaran; Naib Subedar Bana Singh; Captain Vikram Batra; Lt Manoj Kumar Pandey; Subedar Major (then Rifleman) Sanjay Kumar; and Subedar Major Retd (Hony Captain) Grenadier Yogendra Singh Yadav,” PMO further stated.
Meanwhile, PM Modi along with Lok Sabha Speaker Om Birla, Leaders of parties in Lok Sabha and Rajya Sabha, Members of Parliament, former Members of Parliament and other dignitaries will pay floral tributes at the portrait of Netaji Subhas Chandra Bose in the Central Hall of Parliament House on the latter’s birth anniversary.
The portrait of Netaji Subhas Chandra Bose was unveiled by the then President of India N Sanjiva Reddy, in the Central Hall of Parliament House on January 23, 1978.
According to Lok Sabha Secretariate, it was recognised that the floral tributes could serve as an effective medium in spreading greater knowledge and awareness about the lives and contributions of these towering national icons among the youth of the country.
Accordingly, Parliamentary Research and Training Institute for Democracies (PRIDE), Lok Sabha Secretariat has launched the programme titled ‘Know Your Leaders’.
Born on January 23, 1897, Netaji played a crucial role in India’s freedom movement.
Subhash Chandra Bose established the Azad Hind Fauj. While there is a controversy over Bose’s death in a plane crash in Taipei on August 18, 1945, the Central government had in an RTI (Right to Information) in 2017 confirmed that he had died in the incident.
Last year, on the occasion of Netaji’s 125th birth anniversary, the Prime Minister had unveiled the hologram statue of the freedom fighter at India Gate in Delhi. (ANI)

Also Read : Subhas Chandra Bose Jayanti: Give yourself an ‘adrenaline rush’ with these patriotic films