Home  ⁄  topnews   ⁄   Subhas Chandra Bose Jayanti: Give yourself an ‘adrenaline rush’ with these patriotic films

Subhas Chandra Bose Jayanti: Give yourself an ‘adrenaline rush’ with these patriotic films 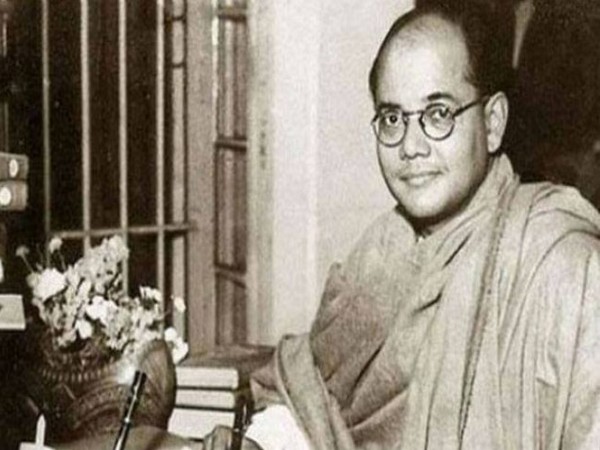 Born on January 23, 1897, Netaji played a crucial role in India’s freedom movement.
Subhash Chandra Bose established the Azad Hind Fauj. While there is a controversy over Bose’s death in a plane crash in Taipei on August 18, 1945, the Central government had in an RTI (Right to Information) in 2017 confirmed that he had died in the incident.

Since 1966 Subhas Chandra Bose has been a point of interest for many filmmakers across the country. His heroic life, philosophy, bravery and mystery around his death have given birth to many cinematic representations over the years.

Today on Bose’s 126th birth anniversary, let’s look back at movies that depicted on his life.

The film does not directly revolve around Subhas’ life but around one of his INA soldier’s life and struggle to give up the love of his life and sister for the sake of his country. Helmed by Ramesh Saigal, the film portrays the struggle of freedom fighters and Subhas Chandra Bose’s ideologies and political views.

The Bengali film by Piyush Bose gave a brief peek into how Bose’s beliefs evolved and how he evolved into a fierce political activist determined to battle for India’s freedom.From Bose’s childhood days, college years, to his experience of taking Indian Civil Service test have been showcased in the movie.

The film focused on Bose’s escape from house arrest, departure from India, and establishment of the INA. The Azad Hind Fauj’s campaign to liberate India from British rule is then shown in the movie. Directed by notable filmmaker
Shyam Benegal, the biopic cast Sachin Khedekar as Netaji. Other important characters were played by Jisshu Sengupta (as Sisir Bose), Kulbhusan Kharbanda (as Uttamchand Malhotra), Divya Dutta (as Ila Bose) amongst others.

The movie emphasises social problems and one man’s struggle to eradicate them all. Subhas Chandra Bose played a pivotal role in a Bengali layman’s life. Debabrata Bose (Mithun Chakraborty) fights for his mother tongue and motherland. Subhas through Debabrata’s own conscience motivates and rejuvenates the will to fight for his motherland. Bengali movie directed by Mahesh Manjrekar.

Periodic drama is based on the Indian National Army, which Netaji founded, and the fight to liberate India, which was fought on the banks of the Irrawaddy in Burma. The Red Fort trials of 1945 were a series of trials held at the Red Fort in Delhi where the British accused the INA soldiers of being renegades and Japanese stooges. The dramatic trial that led to India’s freedom and those historic events are brought to life in Tigmanshu Dhulia’s directorial.

The nine-part television series also delves into the theories around Netaji Subhas Chandra Bose’s mysterious death circumstances. The series based on author Auj Dhar’s 2012 book India’s Biggest Cover-up. The series tries to address the conspiracy theorists who believe that Subhash Chandra Bose did not die in a plane crash in Taiwan on August 18, 1945. Directed by Ekta Kapoor, the series is starred by Rajkummar Rao (as Subhas Chandra Bose).

The movie Gumnaami is based on the Mukherjee Commission Hearings, which took place from 1999 to 2005 and during which the three theories regarding the demise of Netaji Subhas Chandra Bose were explored and contested. It is a dramatisation of the hearings where a Gumnaami Baba-supporting investigative journalist squares off against an aircraft crash-theory-supporting government attorney. The Death in Russia hypothesis also comes up during their conflict.

Also Read : World’s 1st Nasal Vaccine Out On Republic Day: All You Need To Know