Over 4,000 families in Uttarakhand’s Haldwani may soon be homeless. Here’s why

Thousands of people in Uttarakhand's Haldwani are protesting against a high court order which directed Railway authorities to evict them from their land for alleged encroachment. 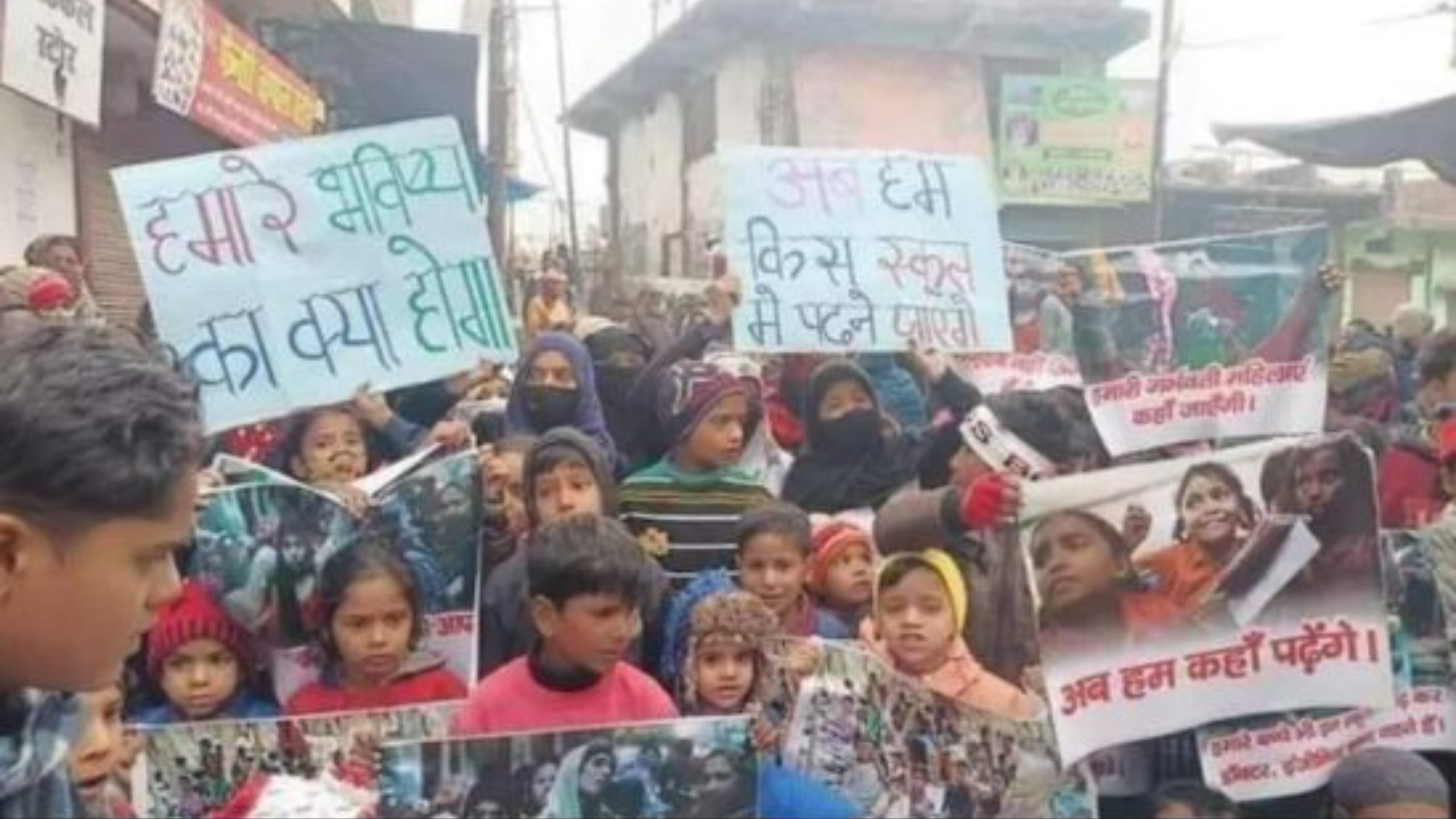 Thousands of people in Uttarakhand’s Haldwani have taken to the streets in a bid to protect their homes after they were served eviction notices based on a high court order.

Residents of Banbhoolpura area in Haldwani sat in protest on December 28 against a December 20 order by the Uttarakhand High Court, which stated that the land they are living is a Railway property. The court directed the Railway and the local authorities to remove encroachments after giving a week’s notice to the “occupants”.

Now, more than 4,000 families, of whom the majority are Muslims, living in unauthorised colonies near Haldwani Railway Station face the threat of being removed from their homes. The protesters say the removal of encroachments will render them homeless and jeopardise the future of their school-going children.

Here are the top developments in the case so far:

1. On December 20, the Uttarakhand High Court ordered the Railway and local authorities to remove encroachments after giving a week’s notice to the occupants over the railway land and ask them to vacate the land.

2. If the encroachers don’t vacate the land, the court ordered a “forceful possession of the occupied land” by the authorities, including police and paramilitary forces. The court order also stated that recovery of cost should be made from encroachers who don’t vacate land despite a one week’s notice.

3. Residents of Banbhoolpura area have been asked to deposit their licensed weapons to the administration before the process of removal of encroachments from the land begins.

5. According to a statement by Jamaat-e-Islami Hind, the Railway has served eviction notices to people living in 78 acres of land while the land in dispute was 29 acres. It also said that the high court’s order is going to affect more than 50,000 people living in the area.

6. The opposition parties have sprung in support of the protesting residents. “They have been living in the area for 70 years. There is a mosque, temple, overhead water tank, a PHC, a sewer line laid in 1970, two inter-colleges, and a primary school,” Congress secretary Qazi Nizamuddin said on Monday.

“We appeal to the prime minister, the railway ministry and the chief minister to take a humane view of the matter and stop the removal of so-called encroachments,” he said.