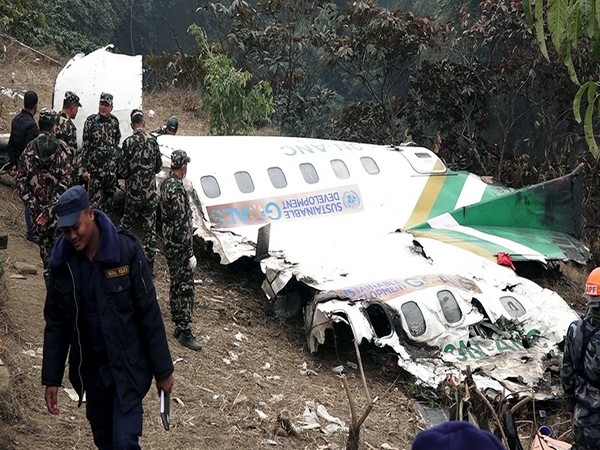 Rescuers recovered one more body of the two missing persons on Wednesday in the Yeti Airlines plane crash which occurred on January 15 in the Pokhara region of Nepal. The total number of bodies found has reached 71 now.

The search for the remaining one is reportedly ongoing.

“One more body has been found among the two missing persons in the Yeti Airlines plane crash that occurred in Pokhara on January 15, 2023. The total number of dead bodies has reached 71. It is reported that the search for the remaining one is ongoing. Search and Rescue Coordination Center,” the Nepal Civil Aviation Authority said in an official release.

A Yeti Airlines passenger plane with 72 people on board, including five Indians, crashed into a river gorge while landing at the newly-opened airport in central Nepal’s resort city of Pokhara on Sunday.
Kathmandu Post on Sunday quoted Sudarshan Bartaula, a spokesperson of Yeti Airlines as saying that the ATR 72 Yeti airlines aircraft crashed between the old airport and the Pokhara International Airport.
Earlier, the black box of the Yeti Airlines aircraft was handed over by the Nepal Army to Civil Aviation Authority officials.

A black box is a flight data recorder that records all flight information through a special algorithm.
The twin-engine ATR 72 aircraft from Kathmandu crashed in Pokhara minutes before touch-down. (ANI)