As the dancers groove to the song, we can see breathtaking visuals of snowy mountains in the backdrop 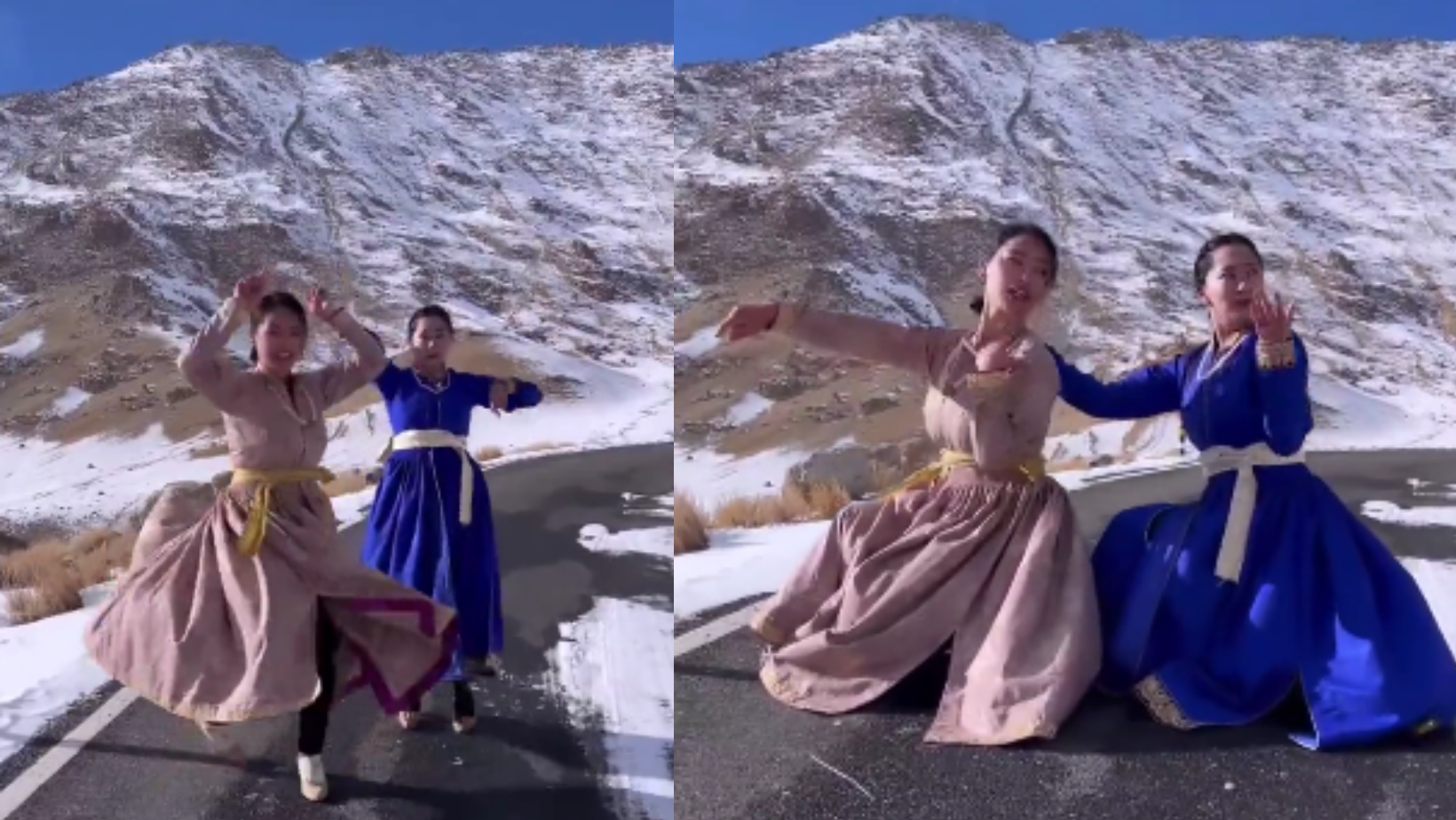 The song ‘Ghodey Pe Sawar’ from the Netflix film ‘Qala’ has made waves on the internet with its beautiful lyrics and soulful music. The melody which is on everyone’s lips has set Instagram ablaze and made people groove to its beats. Now, a video of two dancers dancing to the song amid snow-capped mountains in Ladakh has gone viral, delighting internet users, reported NDTV.

The video was shared by Jigmat Ladakhi on Twitter on January 15. He captioned the video as, ”Godhey pe sawar cover dance by puntsok wangmo & Padma lamo. All the way from Ladakh.”

According to the caption of the video, the two women have been identified as Puntsok Wangmo and Padma Lamo. The video opens to show two women dressed in traditional costumes as they gracefully dance to the mesmerising song. As the video moves on, we see the women effortlessly pulling off a perfectly synchronised choreography accompanied by apt expressions.

As the dancers groove to the song we can see breathtaking visuals of snowy mountains in the backdrop, which accentuates the mood of the song further.

Internet users gushed over the dance and were in awe of Ladakh’s beauty. One user wrote, ” This is so beautifully choreographed and well performed. Kudos to Puntsok and Padma…..Tashi Delek.” Another wrote, ”Graceful dancers and stunning setting!” A third commented, ”Beautiful dance under amazing nature’s beauty of Ladakh.”

The movie ‘Qala’ has been produced by Anushka Sharma’s brother Karnesh Sharma and stars Triptii Dimri, Swastika Mukherjee and Babil Khan. ‘Qala’ showcases the story of Qala, an aspiring singer, who spends all her life seeking her mother’s approval. Babil Khan stars as Jagan, a prodigy, who unknowingly becomes the biggest obstacle in Qala’s life.