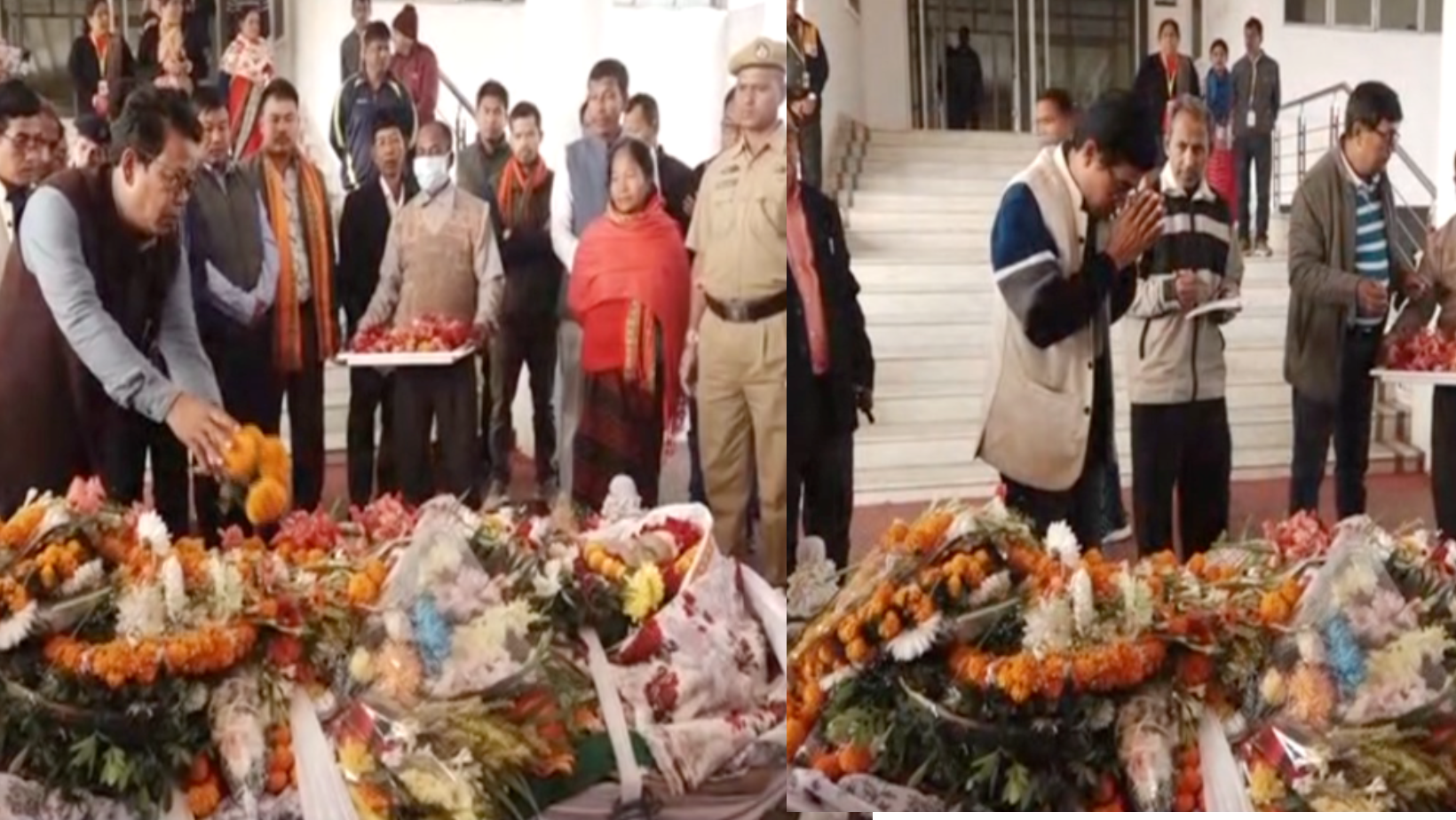 The last rites of veteran Tripura politician and the state Revenue Minister N C Debbarma will be performed today.

Debbarma passed away on Sunday evening at a Agartala hospital. He was 80. He was admitted to the hospital on Friday (December 30) after suffering a brain stroke.

His mortal remains have been kept at his residence at Krishnanagar in Agartala.

His funeral will be held at his ancestral house at Teliamura in Khowai district today.

The state government has declared a three-day state mourning in honour of the late state Revenue Minister.

“Shri NC Debbarma Ji will be remembered by the coming generations as a hardworking grassroots leader who always worked for the well-being of people. He made a rich contribution to Tripura’s progress. Pained by his demise. Condolences to his family and supporters. Om Shanti,” PM Modi tweeted.

NEDA convener and Assam CM in his tribute said that IPFT chief NC Debbarma was an affable man with strong ideas for the progress of Tripura.

“Tripura Revenue Minister and our Govt partner Indigenous People’s Front of Tripura (IPFT) supremo Shri N C Debbarma was an affable man with strong ideas for progress of Tripura. I had an opportunity to interact extensively with him. So deeply pained by his demise. Condolences,” CM Sarma tweeted.

Debbarma was hospitalised on Friday after he suffered a brain stroke.

He had undergone a critical surgery at the Agartala Government Medical College and Govind Ballabh Pant (AGMC and GBP) Hospital.

Debbarma has not been keeping well for some time.

Earlier in 2022, the senior politician was seen struggling to read out his oath of office after he was inducted as the Revenue Minister in the Manik Saha cabinet.

With NC Debbarma’s passing away, Tripura has lost one of its seniormost politicians.

Debbarma was directly or indirectly involved with several tribal regional parties in the state for the last several decades including the Tripura Upajati Juba Samiti, Tripura Hill People’s Party, Tripura Tribal National Council, and the IPFT, which was first floated in the late 1990s and after a brief lull was revived in 2009.

Debbarma had also served as Director All India Radio, Agartala.

His death comes barely 2 months before the 2023 Assembly elections in the state.