In a massive development on the vexed Naga Peace Process, the NSCN-IM has agreed to resume talks with New Delhi. In fact the NSCN IM talk team led by VS 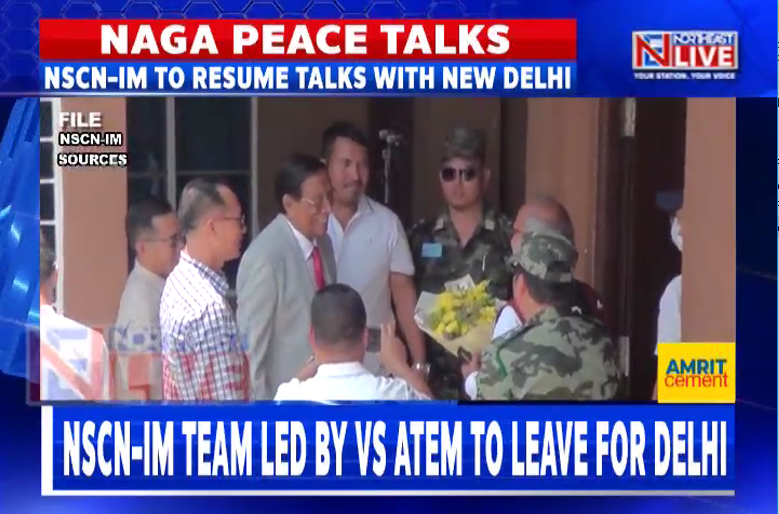 In a massive development on the vexed Naga Peace Process, the NSCN-IM has agreed to resume talks with New Delhi. In fact the NSCN IM talk team led by VS Atem is scheduled to leave for Delhi today to resume the dialogue.
The Talks are scheduled for tomorrow. This development comes after the Core Committee on Naga Political Issue met the NSCN IM leaders in a closed door meeting on Saturday in Dimapur.

Sources informed that the Flag will be the main contentious issue, other than that, all other points can be resolved amicably if they resume the talks based on the Framework Agreement and competency clauses.

On September 14, the NSCN-IM and the NNPGs held a rare meeting pledging to work together for the Naga cause.

Significantly, the NSCN-IM and the NNPGs which have been at loggerheads over the Naga Political issue resolved to respect their differences and guard against rifts that further divide them.
The two groups also resolved to find ways to transcend their differences through cooperation, to be worked out in future meetings.