Giving a huge relief to people stuck in various states, the Ministry of Home Affairs (MHA) on Wednesday allowed movement of such people – including migrant labours, workers, students, tourists 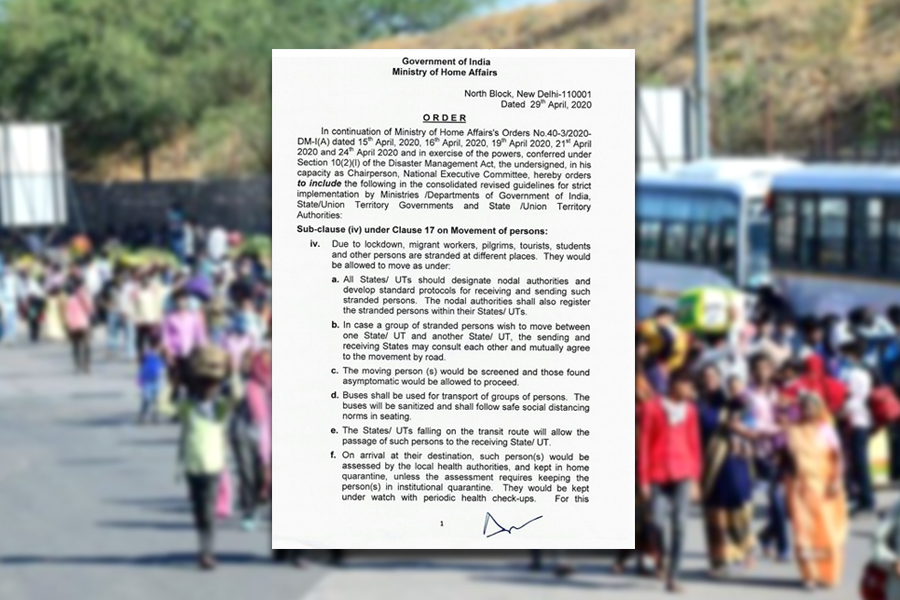 Giving a huge relief to people stuck in various states, the Ministry of Home Affairs (MHA) on Wednesday allowed movement of such people – including migrant labours, workers, students, tourists and others – and also provided the procedure for the same.

MHA has included a sub-clause regarding the movement of people who are stranded due to lockdown announced last month due to coronavirus outbreak.

“Due to lockdown, migrant workers, pilgrims, tourists, students and other persons are stranded at different places. They would be allowed to move as under,” MHA said while asking States to designate nodal authorities to facilitate the process.

“The moving person (s) would be screened and those found asymptomatic would be allowed to proceed. Buses shall be used for transport of groups of persons. The buses will be sanitized and shall follow safe social distancing norms in seating. The States/UTs falling on the transit route will allow the passage of such persons to the receiving State/UT,” MHA said in its order of inclusion of movement of stranded people in different places.

Laying out the procedure on the arrival at the destination, MHA has asked to keep the people under home quarantine.

“On arrival at their destination, such person(s) would be assessed by the local health authorities, and kept in home quarantine, unless the assessment requires keeping the person(s) in institutional quarantine. They would be kept under watch with periodic health check-ups. For this purpose, such persons may be encouraged to use Aarogya Setu app through which their health status can be monitored and tracked,” MHA said.