Former Congress MP Sushmita Dev, who resigned from the party on Monday morning, joined the All India Trinamool Congress today. Dev was the president of the Congress party’s women’s wing 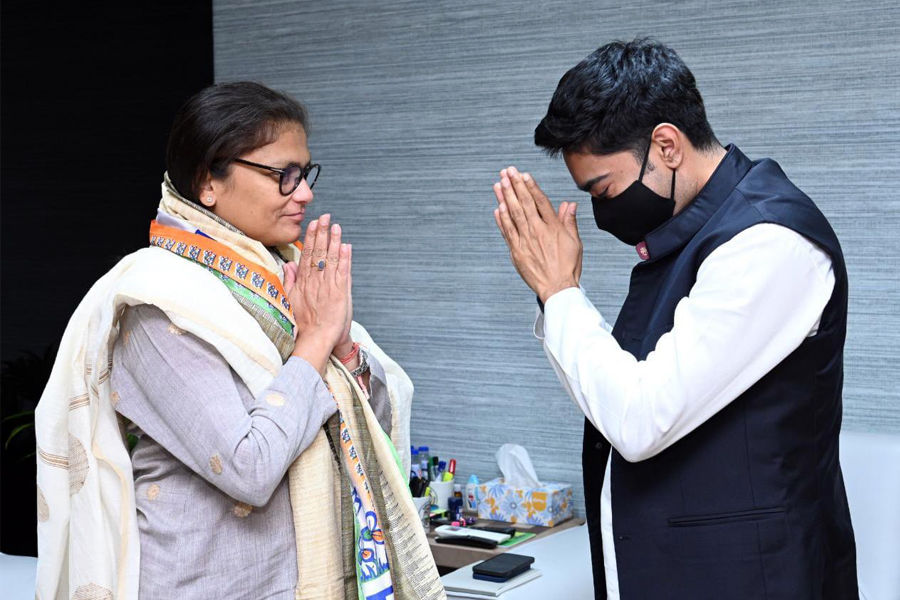 Former Congress MP Sushmita Dev, who resigned from the party on Monday morning, joined the All India Trinamool Congress today. Dev was the president of the Congress party’s women’s wing and had indicated her resignation from the party with a surprise change of her Twitter bio.

Confirming the development, the TMC said in a tweet, “We warmly welcome the former President of All India Mahila Congress Sushmita Dev to our Trinamool family!” The TMC also posted pictures of party national general secretary Abhishek Banerjee and Rajya Sabha MP Derek O’Brien welcoming Sushmita Dev to the party.

We warmly welcome the former President of All India Mahila Congress @sushmitadevinc to our Trinamool family!

Inspired by @MamataOfficial, she joins us today in the presence of our National General Secretary @abhishekaitc & Parliamentary Party Leader, Rajya Sabha, @derekobrienmp. pic.twitter.com/JXyMJLIf52

Sushmita Dev today quit the party and wrote a letter to chief Sonia Gandhi. The change in her Twitter bio to “Former Member” of the party was the first clue this morning that she has quit.

Dev was currently serving as a national spokesperson of the Congress and chief of the All-India Mahila Congress. Dev had offered no reason for her quitting the party.

Dev was among the Congress leaders whose Twitter handle was locked over a post showing images of the parents of a nine-year-old girl who was allegedly raped and murdered in Delhi.

As Rahul Gandhi’s account was blocked, several Congress leaders, including Ms Dev, changed their display picture to the Congress MP’s. The account was restored last week, after which the Congress posted “Satyameva Jayate”.