Huge quantities of narcotic drugs valued at over Rs 20 crore have been seized from two trucks in Mizoram and Assam, police officers of the two neighbouring North-eastern states said 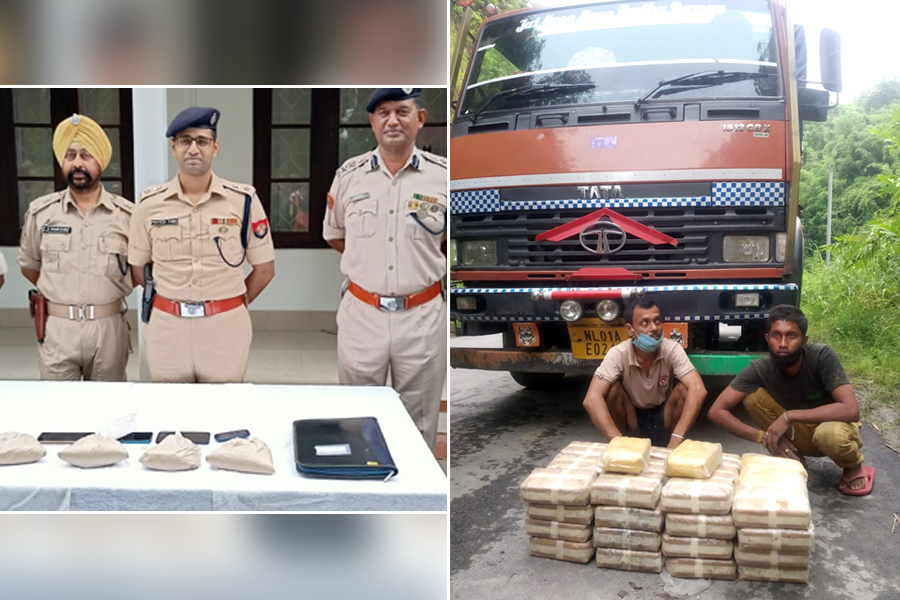 Huge quantities of narcotic drugs valued at over Rs 20 crore have been seized from two trucks in Mizoram and Assam, police officers of the two neighbouring North-eastern states said on Friday.

While 2.20 kgs of heroin estimated to be worth over Rs 10 crore in the international market was seized in Assam’s Kokrajhar district, police recovered 5 lakh Methamphetamine tablets, also valued at Rs 10 crore, near Mizoram capital Aizawl.

Both the seizures were made on Thursday and two persons were arrested in each case.

Following intelligence inputs, a truck was stopped at Srirampur check gate on West Bengal border and during search, four packets of heroin were recovered from a secret chamber in it, Kokrajhar Superintendent of Police Prateek Thube said.

The truck’s driver Anil Kumar and the handyman Vikas Kumar, both hailing from Jaisalmer in Rajasthan, were arrested.

During preliminary interrogation, it was found that the truck was coming from Senapati district in Manipur and was on its way to Jodhpur in Rajasthan, Thube said.

“We have received certain clues during interrogation and will investigate them,” the Kokrajhar SP said.

The truck was intercepted at Sairang village, about 20 km from the state capital, during an operation on Thursday evening.

Mantu Kumar Deb (45) and Subhas Das (33), both residents of Assam’s Karimganj district, were in the truck.

They were arrested and a case was registered against them under the Narcotic Drugs and Psychotropic Substances Act for possessing Methamphetamine, a powerful and highly addictive stimulant.

The seizure was made at Mualthuam North village in south Mizoram’s Lunglei district on Thursday. PTI