The Central Board of Film Certification (CBFC) has advised makers of Shah Rukh Khan and Deepika Padukone‘s upcoming film ‘Pathaan’ to implement certain changes in the film, including in its 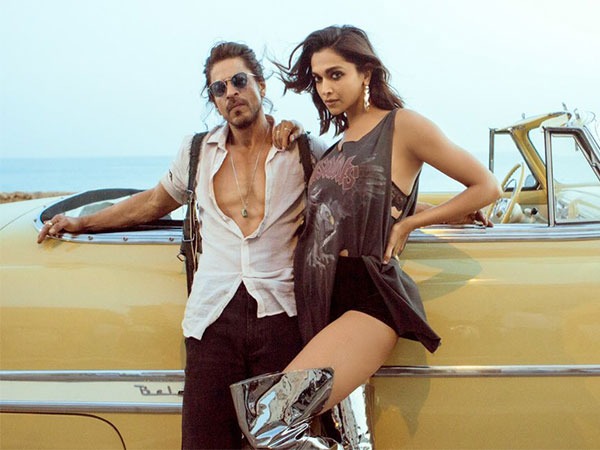 The Central Board of Film Certification (CBFC) has advised makers of Shah Rukh Khan and Deepika Padukone‘s upcoming film ‘Pathaan’ to implement certain changes in the film, including in its songs, and submit a revised version, chairperson Prasoon Joshi has said.
The film recently reached the CBFC examination committee for certification and went through the due and thorough examination process as per the board’s guidelines.

Helmed by Siddharth Anand ‘Pathaan’ which also stars John Abraham is scheduled for theatrical release in January 2023, in Hindi, Tamil and Telugu.
One of its songs ‘Besharam Rang’ courted controversy over the orange-coloured bikini sported by Deepika Padukone.

CBFC chairperson, Prasoon Joshi said, “Pathaan went through the due and through examining process as per the CBFC guidelines. The committee has guided the makers to implement the advised changes in the film including the songs and submit the revised version prior to theatrical release.

Joshi said that “CBFC is always committed to find the right balance between creative expression and sensibility of the audience and believe that we can always find solution through meaningful dialogue between all stakeholders.”
“Whilst the process is getting duly followed and implemented I must reiterate that our culture and faith is glorious, intricate and nuanced. And we have to be careful that it does not get defined by trivia which takes the focus away from the real and the true. And like I have said earlier as well, that the trust between creators and audience is most important to protect and the creators should keep working towards it.”
The film’s track ‘Besharam Rang’ dropped online on December 12, and soon it became the talk of the town. While several liked the peppy track, there were also some who found the song objectionable over the use of saffron and green costumes. A slew of activists in Indore even staged a protest and set effigies of Deepika and Shah Rukh on fire.

Madhya Pradesh minister Narottam Mishra speaking to mediapersons a couple of days after the release of the track ‘Besharam Rang’ had objected to the use of saffron costumes in the song. He said the film contained some objectionable scenes, and threatened to ban Pathaan in Madhya Pradesh if those shots are not replaced.
“The costumes in the song at first glance are objectionable. It is clearly visible that the song of the film ‘Pathaan’ has been shot with a dirty mindset.”
Meanwhile, Yash Raj Films recently released the second song of the film ‘Jhoome Jo Pathaan,’ which received massive responses from the fans. (ANI)

Also Read : PM Modi spends over an hour with mom in hospital, Heeraba to be released in a day or two