To mark the occasion, a budding writer, Junior Yeshi Dorjee Thongchi was felicitated for his literary contribution. 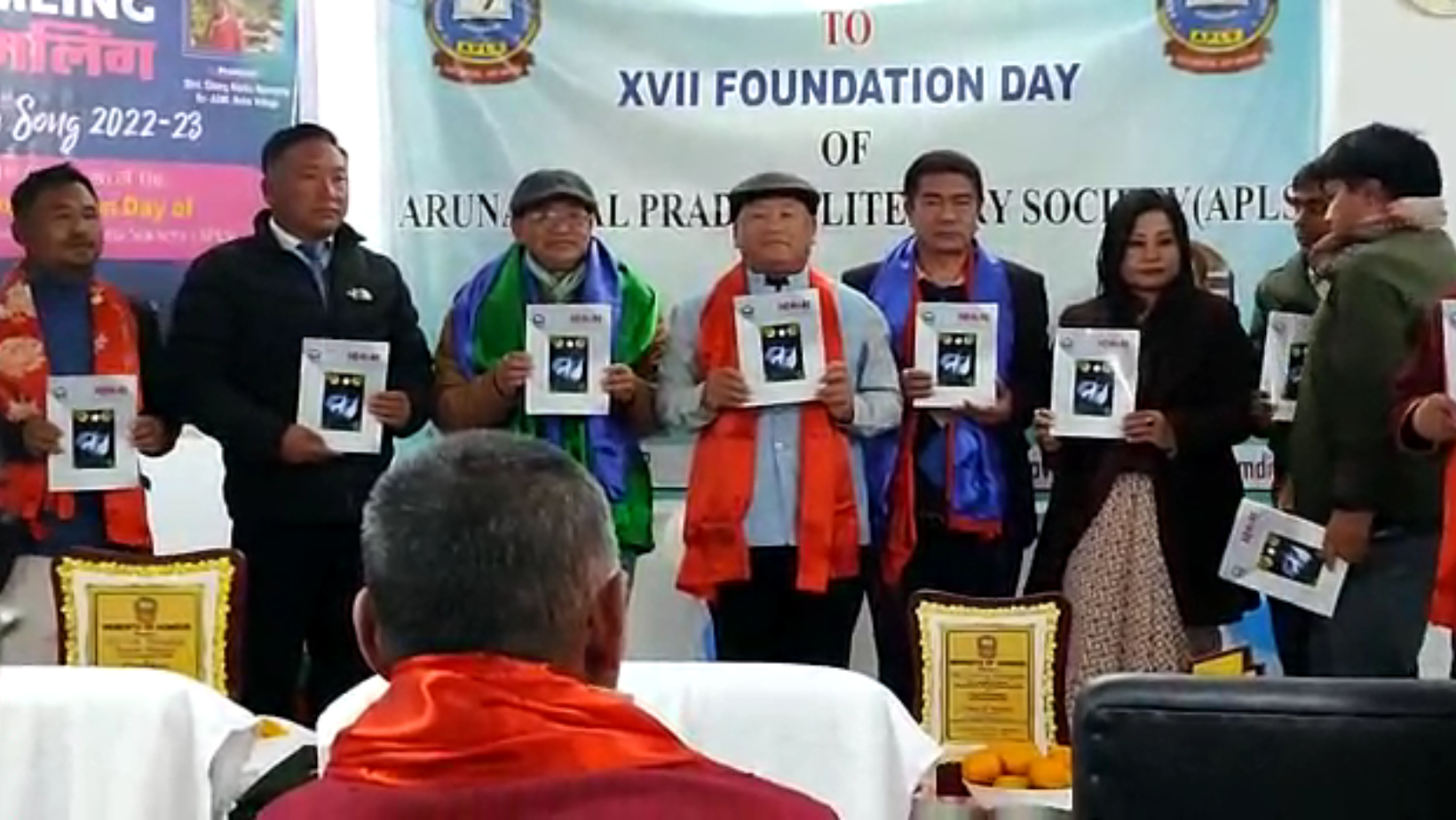 Congratulating the APLS, the president of All Sherdukpen Blu and former minister, D K Thongdok noted that the winner students at the college have great potential and said they could be tomorrow’s orators, poets and novelists.

Giving examples of renowned writers of Arunachal Pradesh in the entire Northeast, Thongdok said that they have mastered other languages and have written several effective literary presentations.

The celebration was also joined by the vice president of All Sherdukpen Blu, Tsering Thongdok who said, “we need to encourage children from the very beginning, if children are encouraged to ask for picking up writing it will be too late. Writing is essential in expressing one’s thoughts. Documentation, writing, recording and movie-making can be the best source of literature.”

Dr Tashi Phuntso, principal of Govt College Bomdila said, the college should be the centre of excellence, believing that it would nurture and nourish the young budding writers.

On the occasion, an album of Monpa songs, titled ‘Zamling’ composed by assistant professor Chorten Norbu and a magazine by Arunachal Pradesh Literary Society ‘Prayas’ was released.

The Arunachal Pradesh Literary Society was established in the year 2006 by Padma Shree Yeshi Dorjee Thongchi with the objective to nourish budding writers to frame the rich literature of the state.