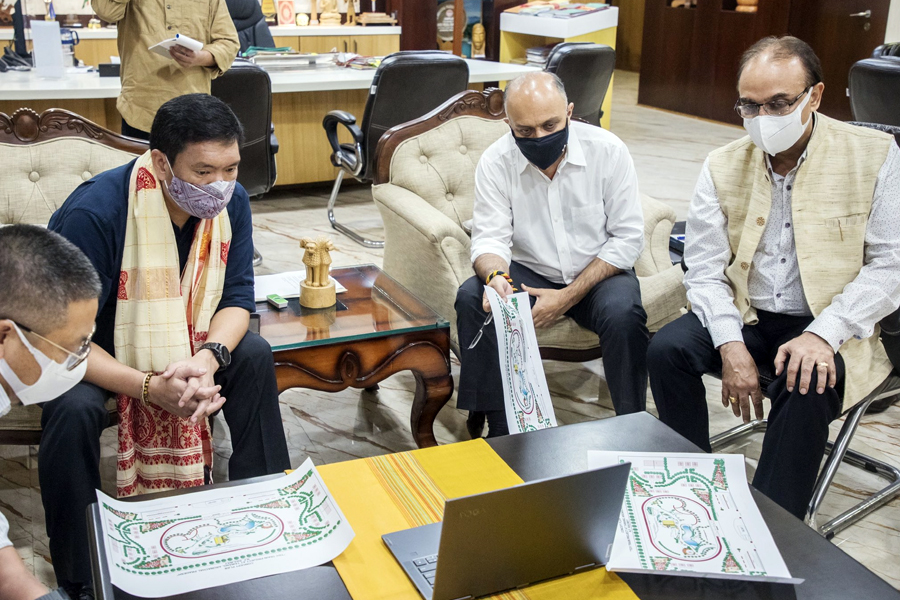 Arunachal Pradesh Chief Minister Pema Khandu on Thursday gave his nod to the proposal of the North-East Frontier Railway (NFR) to implement a ‘Toy Train Project’ in the picturesque town of Tawang.

The ‘Toy Train’ is a tourist-centric project which will be set in and around Tawang township.

It will include a park with facilities like food centers, craft bazaars, etc. As per the proposal the ‘Toy Train’ would have at least three bogies with about 12 passenger capacity in each.

Welcoming the proposal, the Chief Minister suggested the NFR officials coordinate with the district administration for logistical support and assured coordination from the state government.

Taking to his Twitter CM Khandu wrote, “The picturesque town of #Tawang will soon have a #ToyTrain service. Gave nod to the proposal today in a meeting with @RailNf in presence of GM Anshul Gupta. Requested NF Railway for train service to Southern States and also discussed on work on rail connectivity to Pasighat.

A joint survey will be conducted by a team of NFR officials and engineers at Tawang next week.

During the meeting, Khandu called for a resumption of rail services from the state capital, which at the moment is stalled due to the COVID-19 pandemic.

He pointed that while all other states have resumed rail services, Arunachal Pradesh is yet to open it.