Lha Soishi, where "Lha" stands for "God" and "Soishi means an offering of prayers. 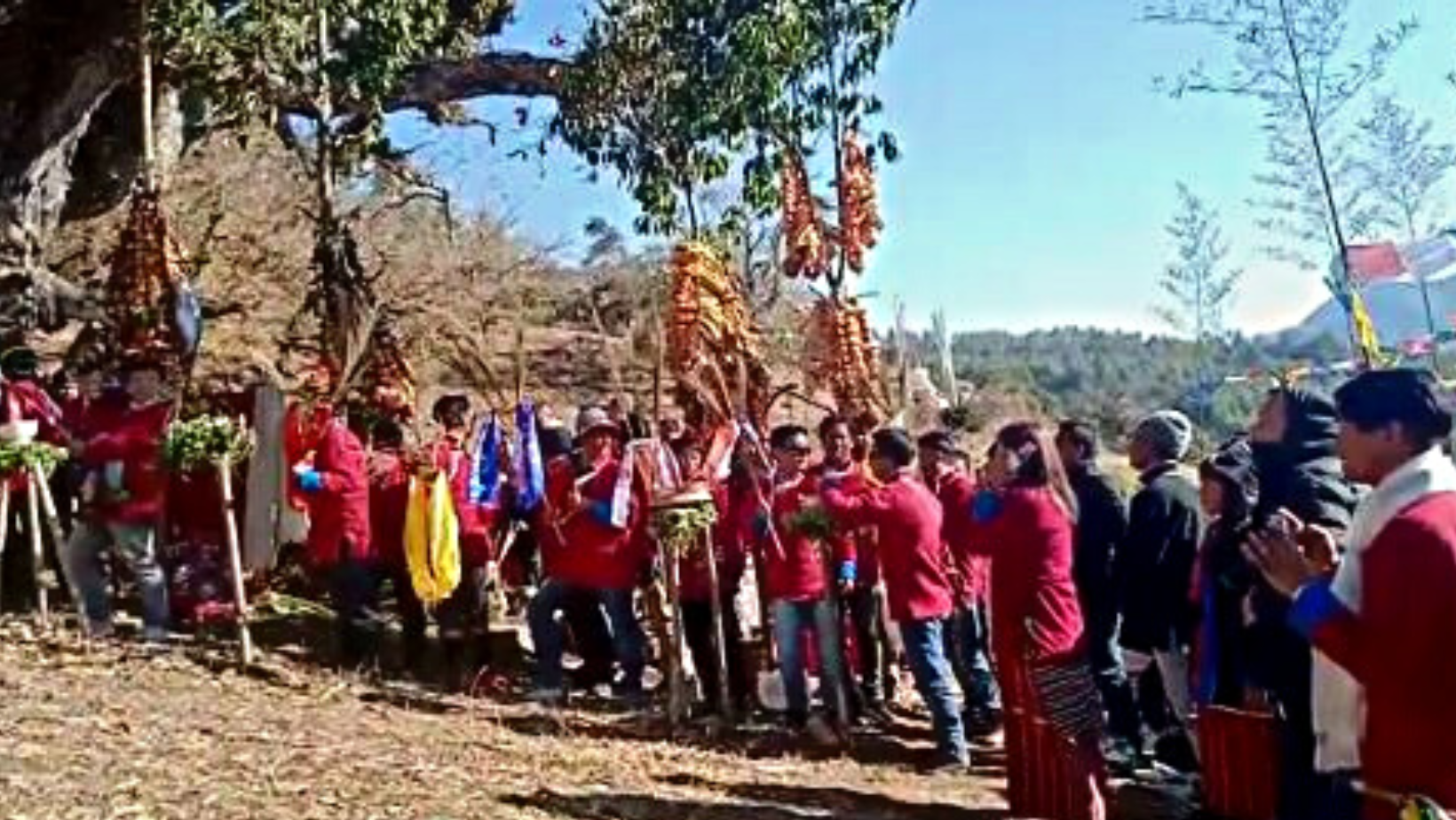 This festival is celebrated once every three years and is dedicated to the mountain god and goddess known as “Phu,” who are strongly believed to be the protectors of the village.

Lha Soishi, where “Lha” stands for “God” and “Soishi means an offering of prayers.

With the ceremonial rites initiated by the village Lamas, food offerings of fruits, vegetables, and almost all sorts of edibles, including dried fish, are offered to seek the eternal blessings of the protectors.

One of the villagers, Sonam Tsering Komu, said, “This festival is dedicated to Ama Jhomu and Ata Namrok to seek their blessings for peace, prosperity, and the well-being of the village.”

He also mentioned that a life-giving ceremony is being planned in which a sheep for Ama Jhomu and a yak for Ata Namrok will be set free unharmed.

In the ceremonial feast offered to their Phu, villagers decorated small trees with many edible things like traditional cookies, fruits, meat, fish panners, and other eatables.

The festival lasts for four days. On the first day, entire villages gathered in a place where they used to share their foods with one another.

In the evening, people express their gratitude to the gods and goddesses in the form of songs during a merrymaking ceremony.