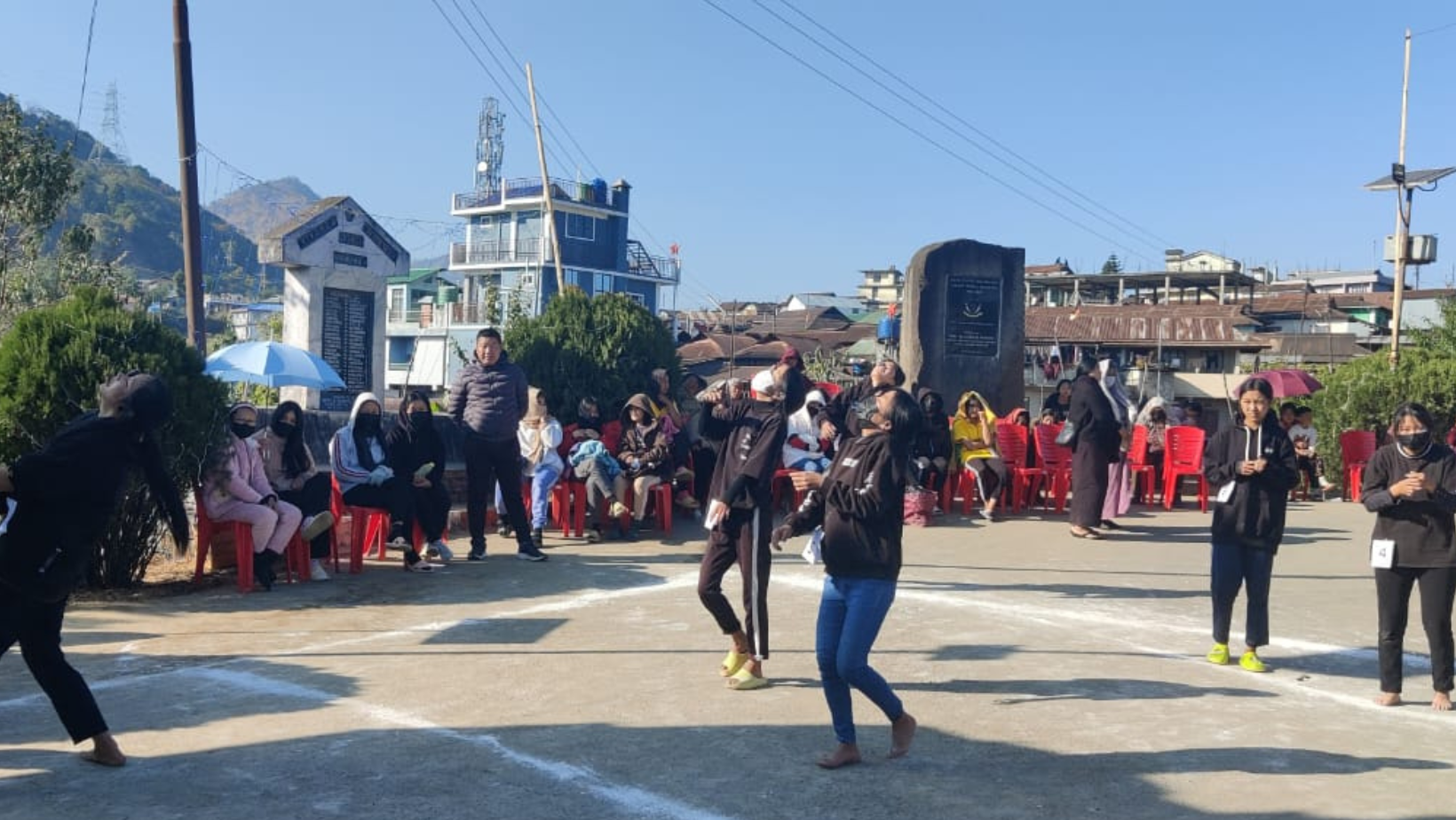 Under Torü Ke-Rha, first prize was bagged by Rachii Khel, Team B walking home with Rs 10,000 while second place was secured by Lomu Kita Whemi Zheri Khel with Rs 7000. The consolations with cash of Rs 1000 were also presented to Taho group, Pavoma Khel, Puno Kita Whemi, Zheri Khel, while the best player award was presented to Lolenu Koso (Lomu Group) with a cash prize of Rs 1000 and citations.

Pcheda is a traditional game in which players throw thin dried bamboo sticks from a set distance onto a solid mud platform where the sticks slide, fly, and land on the farthest and is declared the winner.
Torü Ke-Rha is a game that involves two teams competing against one another and required one player to strike the Toru of the opponent while adhering to a set of rules.
District Project Officer, Department of Land resources, Chümoukedima, Tepunol Yore, who was the chief guest in the competition stated that both Pcheda and Torü Ke-Rha held the potential for gaining recognition in the national as well as the international arena.

Chümoukedima, Tepunol Yore also mentioned the traditional games, such as Traditional Shotput, that were once played in Kisama Naga Heritage during hornbill celebrations.

Yore stressed the need to popularise and preserve the indigenous games which were passed on from their forefathers to the present fast-changing generation and was optimistic that the promotion of the traditional games has the potential to attract tourists to explore culture and experience.

Yore also lauded the organizers for initiating such competitions, and further reminded the game should not end with the competition, but popularised further and also urged the Viswema citizens to take the lead and be role models while maintaining oneness and unity.
There was a large participation in the competition, with about 95 Pcheda boys and 80 Pcheda girls from nearby villages competing for the prizes.