43 cadres of 9 militant outfits lay down arms in Manipur

The cadres which surrendered to the government are from KYKL, UNLF, PLA, KCP (N), PREPAK, PREPAK/PRO, KCP, KCP (PWG) and NSCN (U). 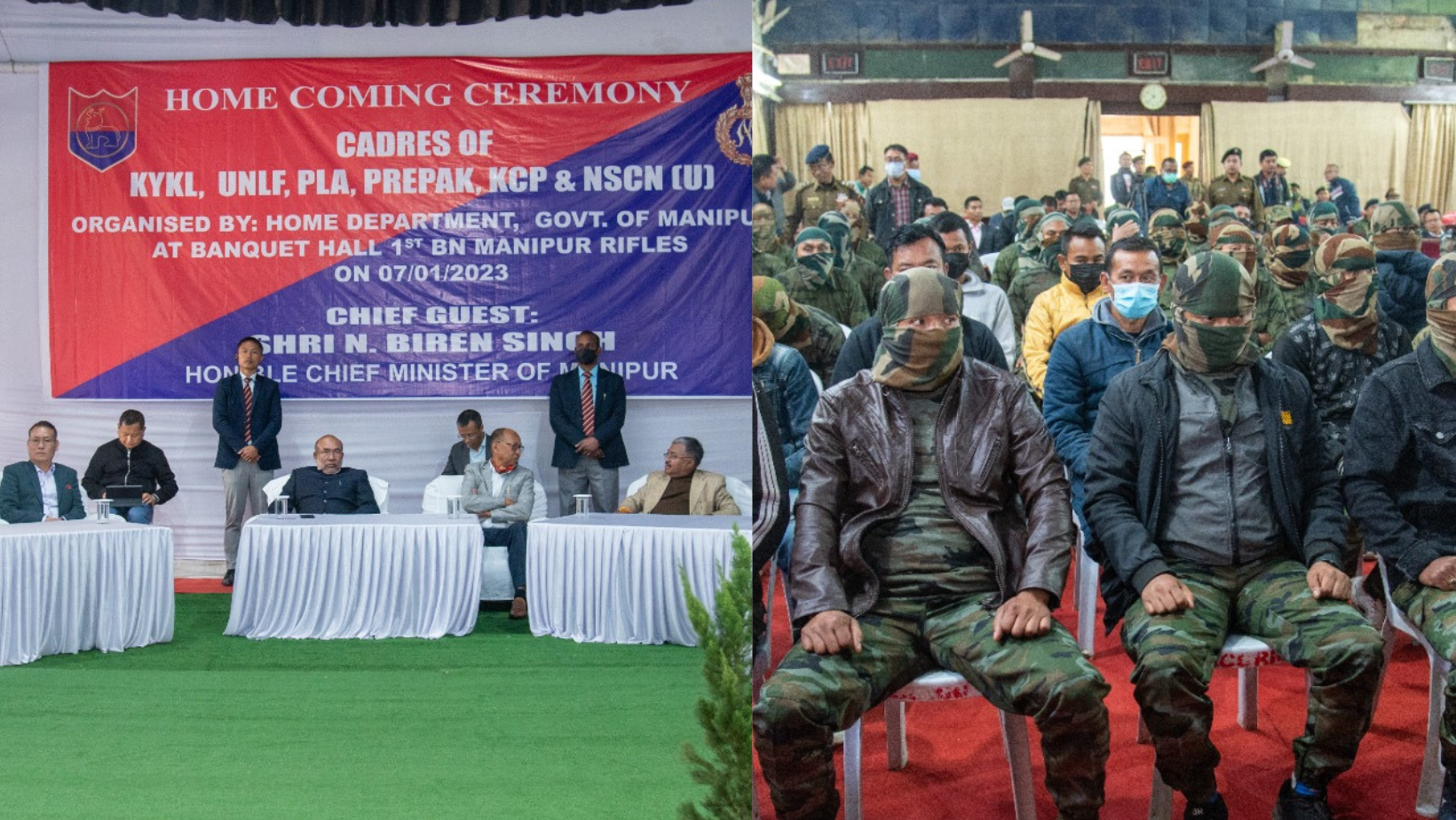 As many as 43 cadres of 9 militant outfits laid down arms and joined the mainstream at an event today in Imphal, Manipur.

The cadres which surrendered to the government are from KYKL, UNLF, PLA, KCP (N), PREPAK, PREPAK/PRO, KCP, KCP (PWG) and NSCN (U).

The homecoming ceremony was held at 1st Battalion Manipur Rifles in Imphal.

Under the Revised Scheme for Surrender-Cum-Rehabilitation of Militants in the North East State, 2018 of the Union Ministry of Home Affairs, rehabilitation benefits given to the surrendered cadres include a one-time financial grant of Rs. 4 lakhs to each surrendered, which is to be kept in a bank in their names as a fixed deposit for a period of three years, monthly stipends of Rs. 6000 per person, and incentives for surrendered weapons.

The surrendered cadres will stay in a rehabilitation camp for three years.