After ‘Naatu Naatu’ Win At Golden Globes, Amul Celebrates With A Creative Post

Amul, a dairy company, congratulated the 'RRR' team with an adorable doodle on its Instagram profile 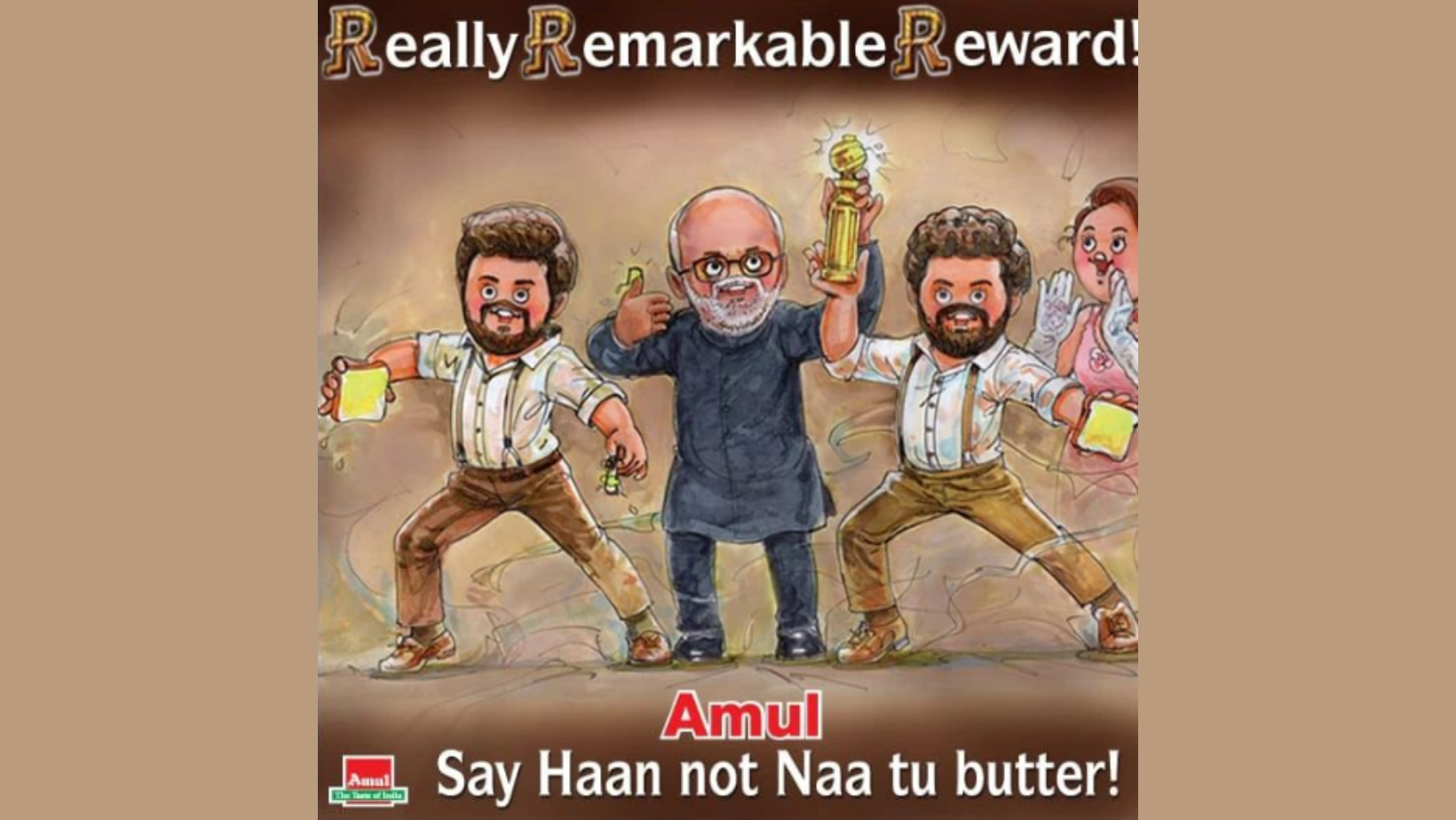 The Golden Globes 2023 award ceremony took place on January 11, with participants from all across the world. There were several victories, and defeats during the ceremony, as well as numerous first-time nominees. The song ‘Natu Natu’ from SS Rajamouli’s blockbuster film ‘RRR’ has been rated as the ‘Best Original Song’ at the Golden Globes Awards 2023. People across the nation are congratulating the makers of the movie and song on social media platforms. Amul, a dairy company, also congratulated the ‘RRR’ team with an adorable doodle on its Instagram profile, reported NDTV.

“Really Remarkable Reward,” Amul said in the post. The lead actors Jr. NTR, Ram Charan, and the music director MM Keeravaani are shown in the doodles. The pun did not stop there; the brand also changed the words of the song to offer a creative twist to the art, which read, “Amul say haan not naa tu butter.” In the creative shared by Amul, the actors could be seen wearing their movie personas, whereas director Keeravaani was holding the Golden Globes trophy, said NDTV report.

Amul frequently posts similar doodles on the latest news and updates. The company is recognised for incorporating the love of butter into a variety of global events such as sports, entertainment, and politics. Amul recently tweeted a post wishing India’s wicket-keeper Rishabh Pant a fast recovery. Check out the post below.

What did you think of the quirky doodles shared by Amul? Please let us know in the comment section below. For more such updates, keep coming to our website!