Watch: Whale Gives Birth In Front Of A Group Of Tourists

The safari service also posted a video of this rare sighting on their YouTube channel. In the video, the mother whale can be seen pushing her newborn to the surface. 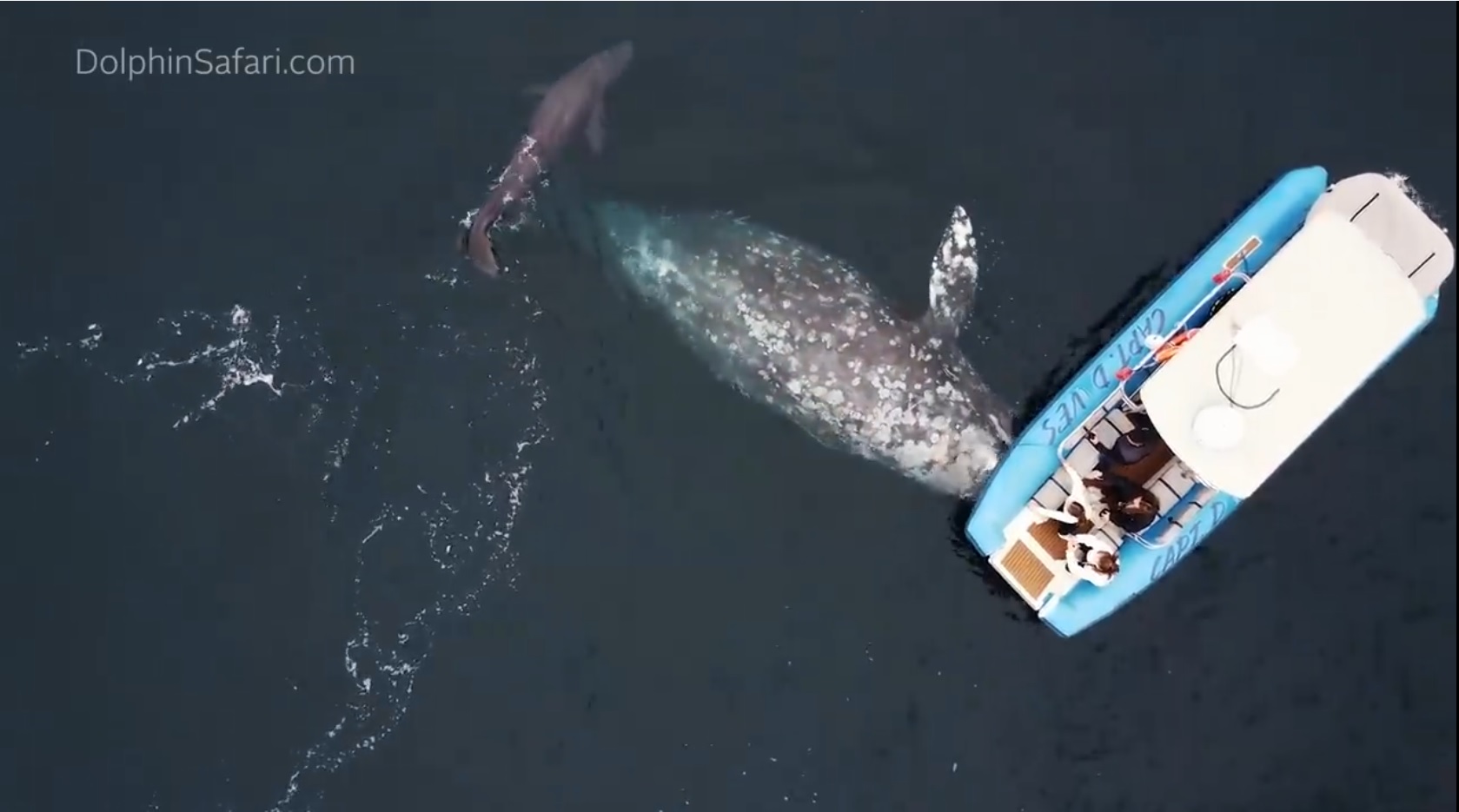 Tourists in California had a once-in-a-lifetime experience when they got to witness a 35-foot-long gray whale giving birth within close proximity. According to a Metro report, the whale-watching tour group was sailing with Captain Dave’s Dolphin & Whale Safari in Dana Point, California.

The sighting appeared at first to be a typical migrating gray whale. However, when the boat slowly approached the animal, the whale watchers noticed something different about its behaviour. Within seconds, a whale baby emerged through the bloody water and swam happily around her. The scene unfolded just a few metres away from the boat of a group of whale watchers, who were left in awe after witnessing the event, and many captured the sight on their mobile phones.

The safari service also posted a video of this rare sighting on their YouTube channel. In the video, the mother whale can be seen pushing her newborn to the surface.

While sharing the video, Capt Dave’s Dana Point Dolphin & Whale Watching Safari, wrote, “As the boat slowly approached the animal, our crew noticed it was behaving sporadically. Passengers and crew saw something orange and red colored in the water that they thought might have been kelp.”

“Instead, a newborn calf came up to the surface! For a minute, many of us thought it may be a shark or predatory event. But no, instead of the end of life, it was the beginning of a new one! After surfacing, the newborn calf began learning how to swim and bonding with its mother. The female even brought the calf over to the boats as if to show off her offspring and say hello,” it added.

The video, posted by Capt. Dave’s, has amassed more than 1,00,000 views, with many users expressing their delight. One user wrote, “Congratulations to the new mama, another miracle from god, the gray whales are multiplying.” Another commented, “That must have been amazing to see in person! Wow!”
According to the safari, gray whales prefer to give birth in the warm and protected lagoons of Baja California, Mexico. However, this particular whale calf appears to have been born before its mother could reach the warmer waters during her annual migration. Gray whales migrate annually along the west coast, swimming 10,000 to 12,000 miles round-trip between the seas off Alaska and Baja California.