The Taliban banned all female students from universities in Afghanistan on December 20. 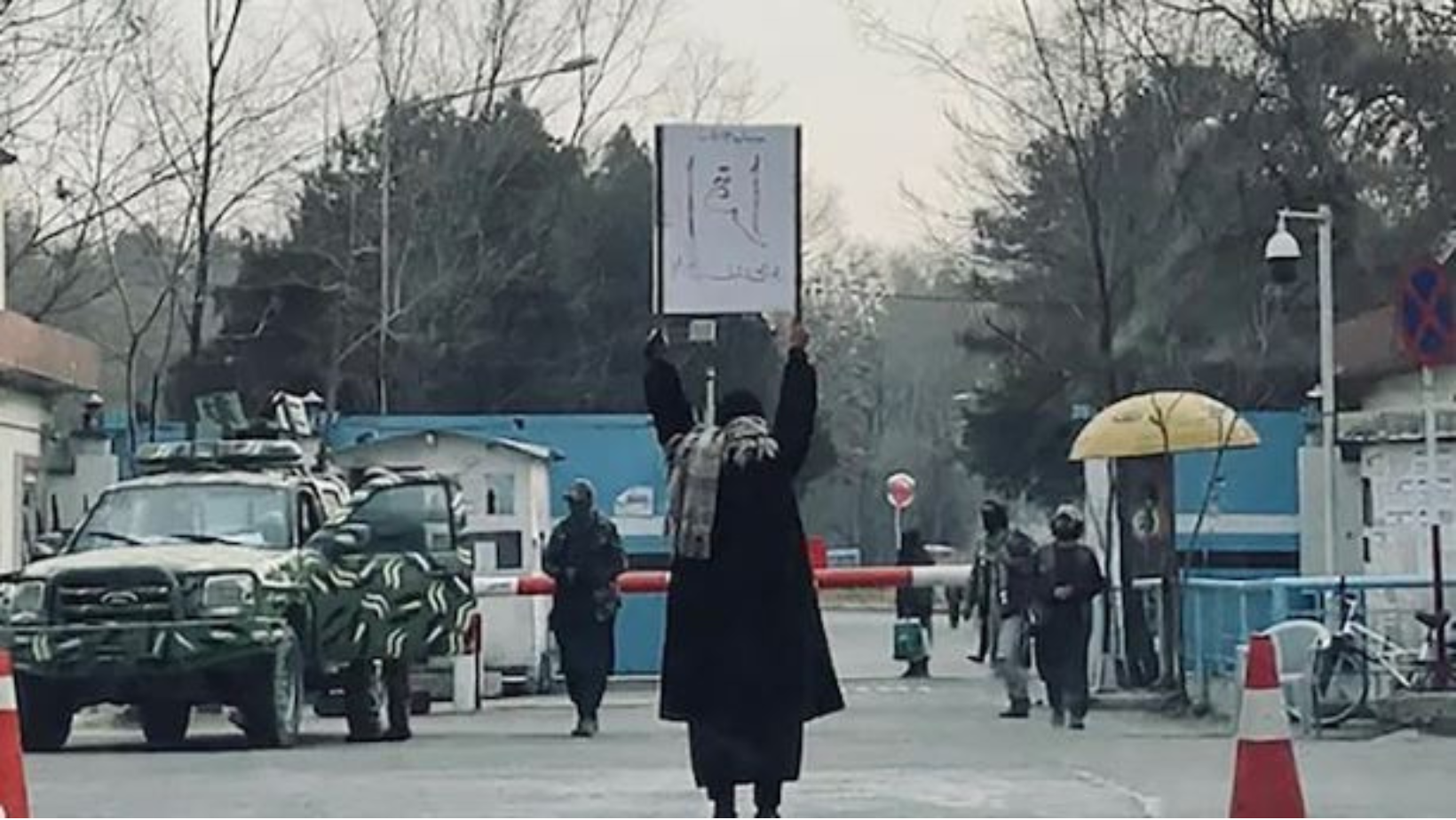 The Taliban in Afghanistan have fenced off universities in Kabul with barbed wires as armed guards stood outside to keep the women out, India Today reported, quoting other media reports. Classes for women have stopped, a spokesperson for the university said, adding that some women were allowed to enter the campus for paperwork and administrative reasons.

Women wept and consoled each other outside the varsity campus in Kabul as the Taliban diktat on women’s higher education came into force, the AP reported.

“The Taliban have used barbed wire and armed guards to prevent Afghan women from entering universities. Yet, despite the intimidation, they protest alongside brave Afghan men, demanding women and girls be given their basic rights,” tweeted BBC anchor and correspondent Yalda Hakim. She also posted a video of women protesting with placards and sloganeering against the ban.

Men, too, walked out of classrooms and several professors resigned in protest across the country against the Taliban’s hardline measure to keep the women out of universities.

Shabnam Nasimi, the former policy advisor to minister for afghan resettlement and minister for refugees, tweeted an image of a burqa-clad woman standing outside a barbed wire gate, and wrote: “If this image doesn’t break you, I don’t know what will. Despite the Taliban banning female university education, this young woman stood outside Kabul University today, hoping that they may still let her in. The Taliban wired the main gate and only allowed male students to enter.”

The Taliban stormed to power in Kabul last August, as western forces brought a hasty end to their decades-long presence in the country.

Despite initially promising a moderate rule respecting rights for women and minorities, the Taliban have widely implemented their interpretation of the Islamic law – the Sharia, since seizing power last year.