Youths are the strength of India: Union Minister Anurag Thakur in Tripura 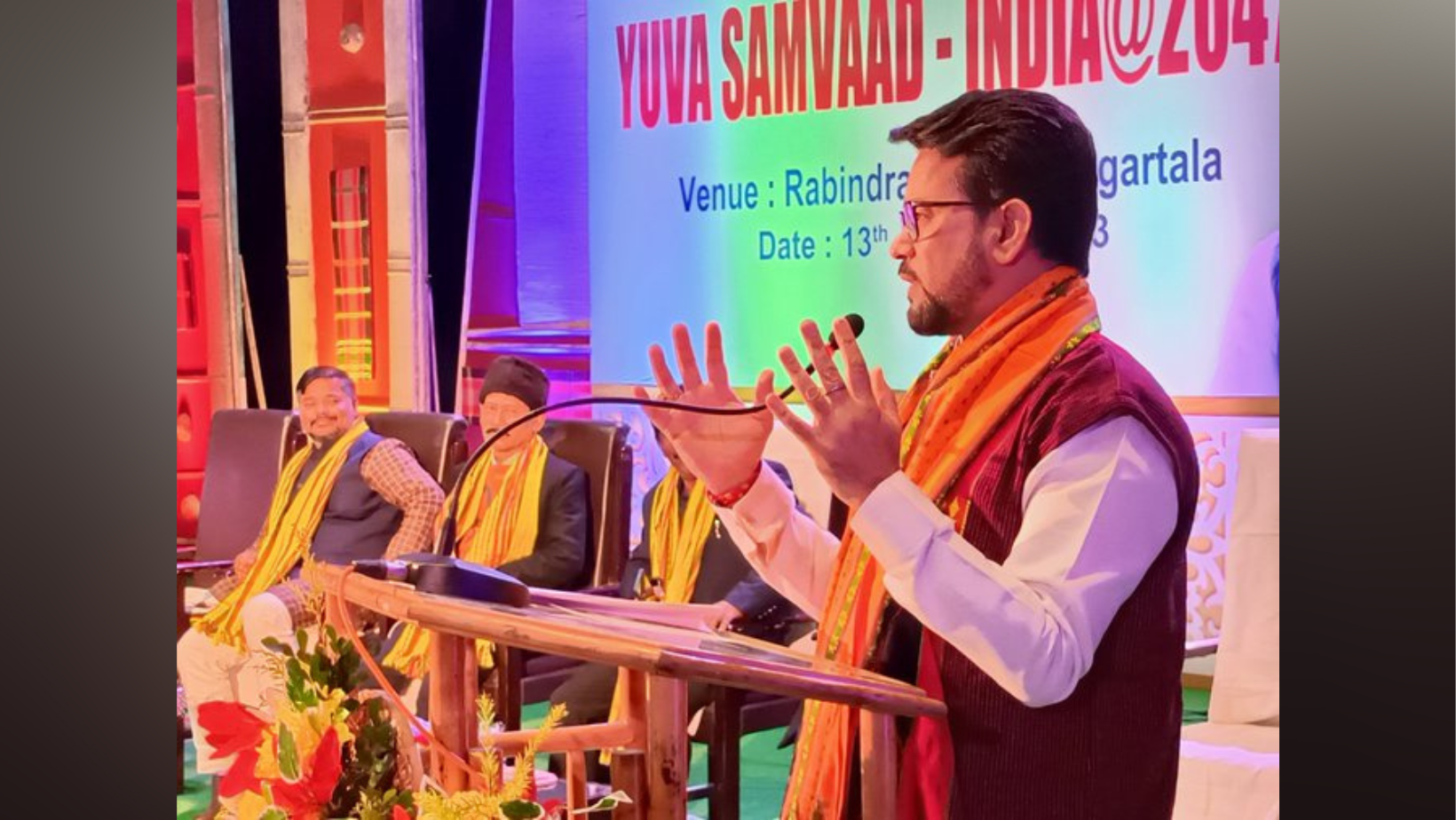 Union Minister of Sports Anurag Thakur said that youth are the strength of India, and they have a desire to take the country ahead towards swarnakaal.

Speaking to reporters at the MBB airport in Agartala on Friday, the young minister claimed that youths are very eager for fitness dose and the government wants sports to be encouraged in Tripura, so a roadmap has been made for taking sports ahead.

He said that the G20 leadership has the scope of introducing the world to the bright history of India, and the Y20 engagement group is within the ambit of the G20.

During an interaction with youths at the Rabindra Satabarshiki Bhavan, Anurag Thakur urged the youths to work as a team to take India to the top position within the next 25 years.

He appealed to the youths to work for the development of the country and said they should not lose heart and should team up to take the country to the position of “Vishwaguru,” or world leader, by the next 25 years.

Highlighting Shaheed Bhagat Singh, Chandrasekhar Azad, and Veer Savarkar who “sacrificed their lives for freedom,” Thakur said that the youths needed not to sacrifice but to participate in fighting against poverty, corruption, fake news, and illiteracy.

Invoking Swami Vivekanda’s lessons a day after his birth anniversary, the union minister said Swamiji had dreamt of making India Vishwaguru in the 21st century and the work is taken forward by someone of his name. “Swamiji was a Narendra in his personal life. Dreams of one Narendra are being taken ahead by another Narendra – PM Narendra Modi,” he said.

Thakur also said the BJP-led NDA government’s Act East Policy is successful since 89 percent of cases of insurgency in the region have come down and 90 percent of civilian deaths have come down as well, along with the repeal of the Armed Forces Special Powers Act (AFSPA).