The Union minister had visited the stadium yesterday (January 6) and criticised the Conrad government for inaugurating a half finished stadium. 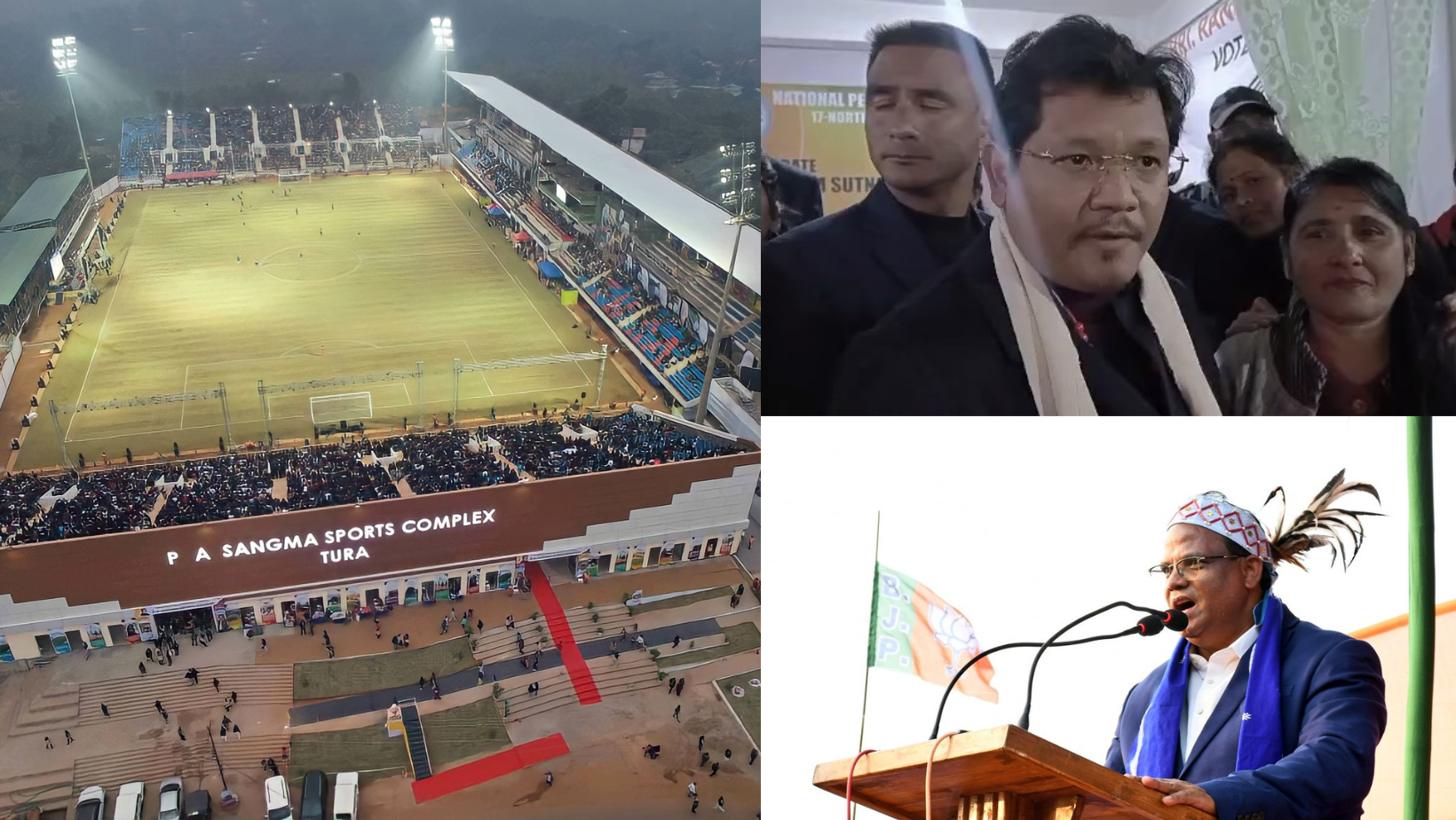 A mega sports infrastructure project of Meghalaya that too in the name of the state’s political stalwart Late PA Sangma has become the centre of a war of words between Meghalaya Chief Minister and PA Sangma’s son Conrad Sangma and Union Minister of State (MoS) for minority affairs John Barla.

The Union minister had visited the stadium yesterday (January 6) and criticised the Conrad government for inaugurating a half finished stadium. He also said that despite the fact that the stadium is being built with funds from the centre, no such mention has been made anywhere in the stadium or during the inauguration. Barla termed the inauguration of the stadium a political gimmick.

The stadium is built at an estimated cost of Rs 127 crores and 90% of the funds is from the centre.

Hitting back at Barla, CM Sangma said that CMs and other state ministers inaugurating projects and schemes be it PMGSY, JJM, MGNREGS is a common thing.

Regarding the inauguration of the stadium, Sangma said, “Since the football stadium was already open if it is not inaugurated and not used, its going to get spoilt. And hence we have to start it and inaugurate it.”