CM Singh said that drones have been purchased. These would be used to destroy poppy crops and spread seeds for other plantations 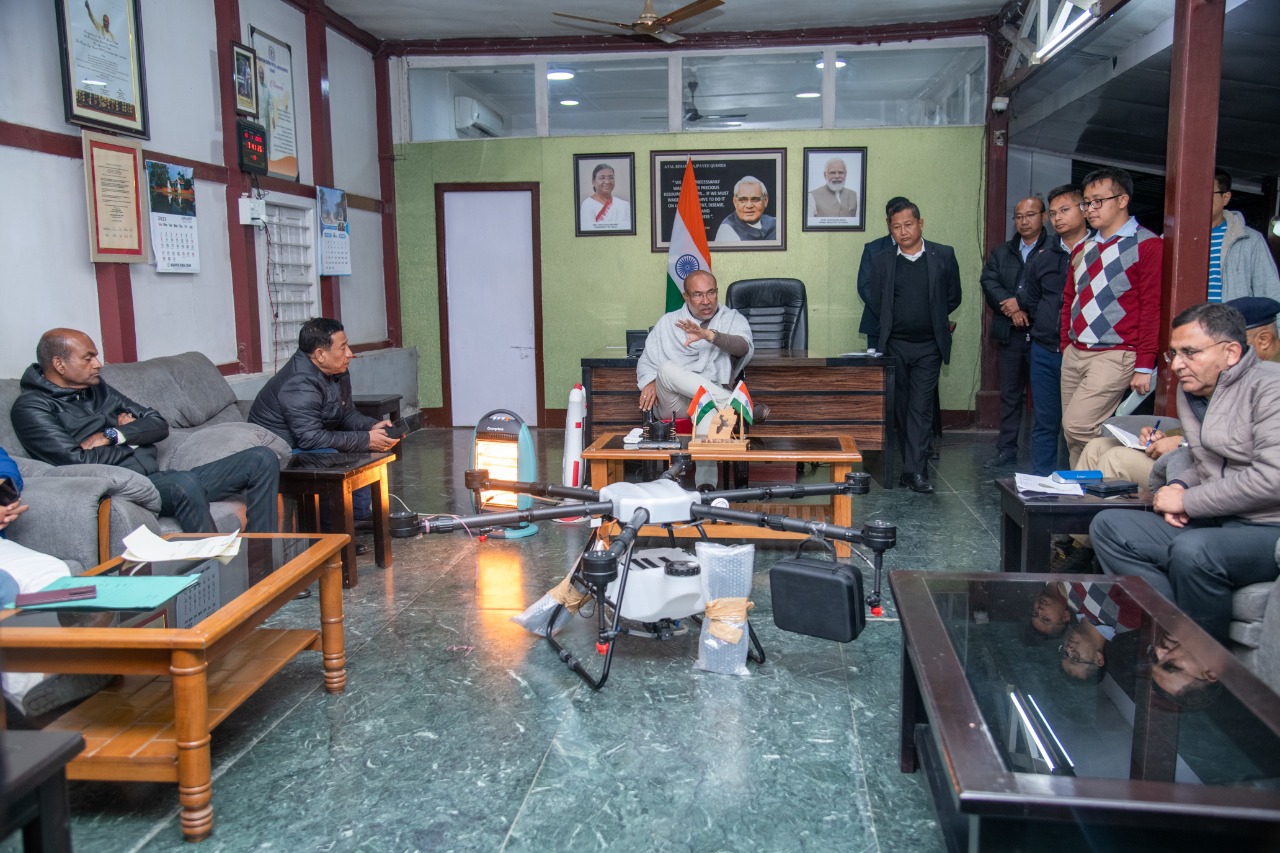 Manipur Chief Minister N Biren Singh who is spearheading the War on Drugs in the state, today sent out a clear and strong message that his government will not remain a mute spectator to illegal poppy cultivation and will not spare anyone involved in the cultivation.

The CM said that extensive poppy cultivation is going on in 3 of the 16 districts and the state government’s exercise to destroy the plantations continue.

“Out of the 16 districts we are having poppy plantation in some parts of the 3 districts – Churachandpur, Chandel and Kangpokpi,” the CM said.

The Manipur Chief Minister expressed grave concern over the large scale deforestation carried out in parts of Thangjing Hills and the Saikul area for the purpose of cultivating poppy.

N Biren Singh said,”I am very shocked after seeing the deforestation in part of the Thangjing Hills and the Saikul area.”

He appealed to the people of these areas to avoid deforestation and plantation of poppy. He said, “Government will not sit as silent spectator. Already 6-7 Village Chiefs have been arrested and more Village Chiefs who are involved is going to be arrested.”

The Manipur Chief Minister was swift to swing into action and held a closed door meeting last night with top officials of his government, wherein it was decided to deploy drones to destroy poppy cultivations.
“We have purchased drones and we are going to destroy the poppy plantation using drones and chemicals. Immediately after that, we are going to use drones for tree plantation in the barren areas,” N Biren Singh said.