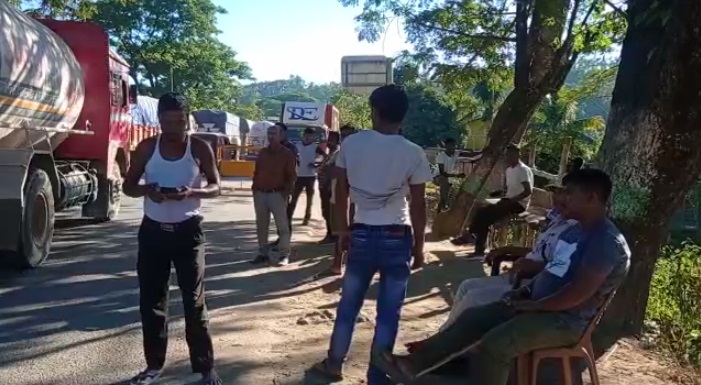 Screengrab of visuals from Kalain

The Cachar district administration in Assam has imposed restrictions on the movement of vehicles entering Meghalaya through the district in the wake of the prevailing situation after the Mukroh firing incident in West Jaintia Hills district.

However, vehicles registered with the Meghalaya transport department and the local population of the state are being allowed to move. Speaking to Northeast Live, Cachar SP Numal Mahatta informed, ” The decision was taken as part of precautionary measures to avoid further escalation as well as safety and security of people.”

The Cachar SP also informed that the Assam Police is working in close co-ordination with the Meghalaya Police and working as a team to ensure that people do not face any sort of inconveniences. Further steps if necessary will be taken after assessment of the situation, informed Cachar SP Numal Mahatta.

The Cherry Blossom Festival too has been cancelled and the Meghalaya government announced Rs 5 lakh as ex-gratia to the next of kin of the deceased.

Assam Government has ordered a judicial probe into the incident. The probe would be conducted by a retired Gauhati High Court judge.