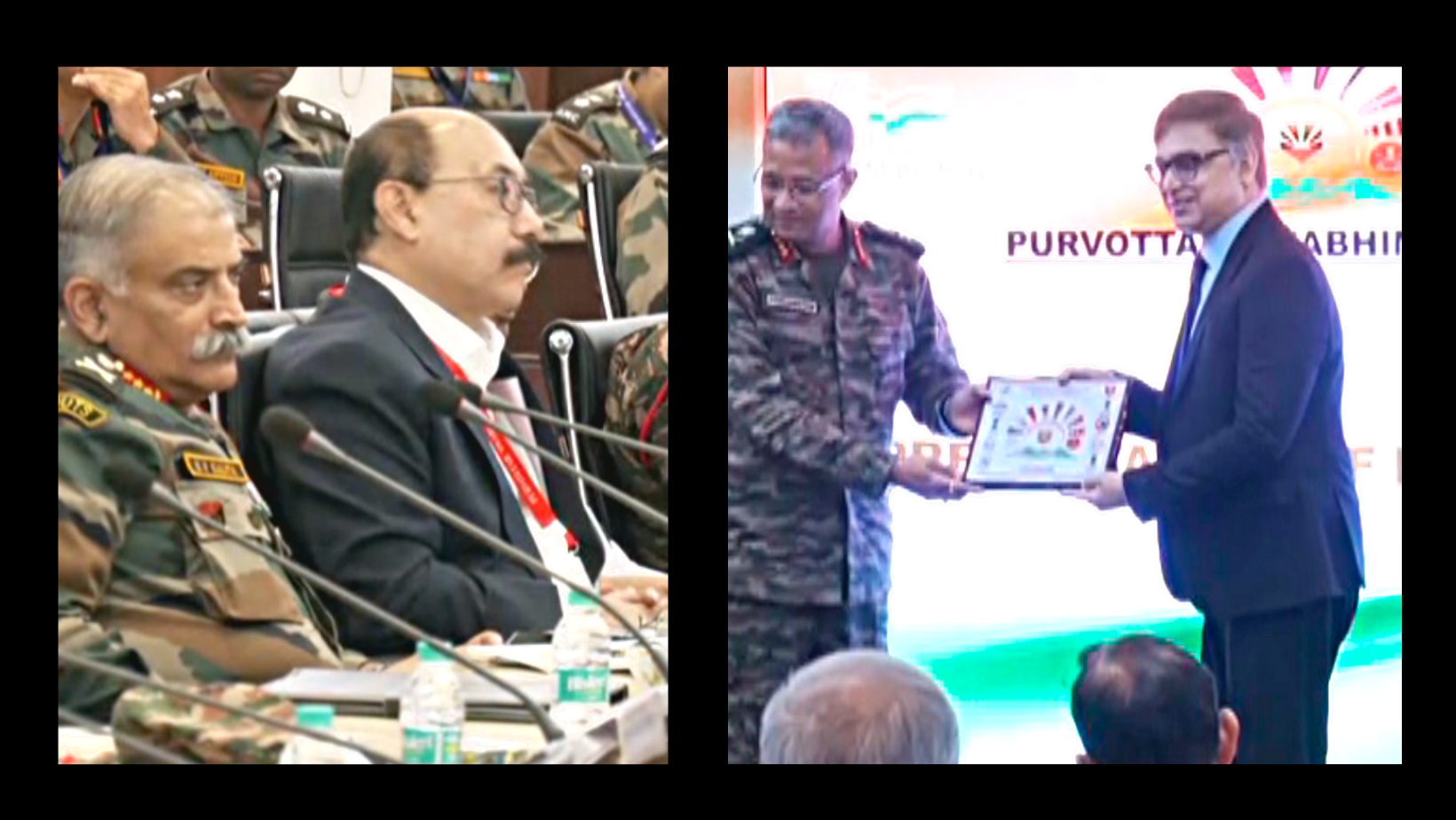 The 2-day Purvottar Swabhiman Utsav organised by the Indian Army got underway this morning to celebrate the contribution of Northeast in nation building.

A series of thrilling events and cultural extravaganza has been lined up for the grand finale of the event at the Sarusajai stadium on November 21st.On the occasion, GOC-in-C Eastern Command Rana Pratap Kalita delivered his opening address.

A number of key issues including Act East Policy, The Assam Rifle Saga in the Northeast, future perspective of Development in Northeast Region, Northeast Frontier Railway in Developmental Journey of Northeastern Region besides others were discussed during a conclave at the Assam Administrative Staff College.

In his key note address, GOC-in-C Eastern Command RP Kalita highlighted the fact that Northeast is the Gateway to Southeast Asia and beyond. Kalita while appreciating the potential of the region, said it is one of the most culturally diverse part of the globe which is home to over 200 tribes. Adding to this the Eastern Command GOC-in-C, also spoke on the availability of rich natural resources such as tea, oil, timber besides emphasizing that the region has assumed a significant position in terms of power generation.

RP Kalita added that the comprehensive implementation of the Act East Policy is relevant to the entire country, but particularly more important for the growth of entire northeast. Kalita said that participation of alll stakeholders will make this possible.

Eastern Command GOC-in-C RP Kalita mentioned about the Centre’s allocation of special development package for the Northeast and said, “While we acknowledge that the process has been set in motion suitably, it need to be driven further with enthusiam, energy and impetus.”
RP Kalita said that connectivity still remains to be a key issue in the Northeast because of the geography. He said that a vibrant framework must be developed to make the region a preferred investment destination.

Not only this, RP Kalita said that the tourism aspects in Northeast if properly exploited can propel the growth of the region.

On November 21st, the famed Akash Ganga will enthral the crowd at Sarusajai where activities like combat demonstration, equipment display, para motors will also be held.

The Purvottor Swabhiman Utsav will also be a musical extravaganza with performances by fusion military band. Performance by bands like Tetseo Sisters and star singer from Assam Zubeen Garg will also be witnessed during the event, besides cultural performances by troupes from the region.