Home  ⁄  Assam   ⁄   Get ready for a chilly New Year, Assam to get rains, hailstorm over next 5 days

Get ready for a chilly New Year, Assam to get rains, hailstorm over next 5 days 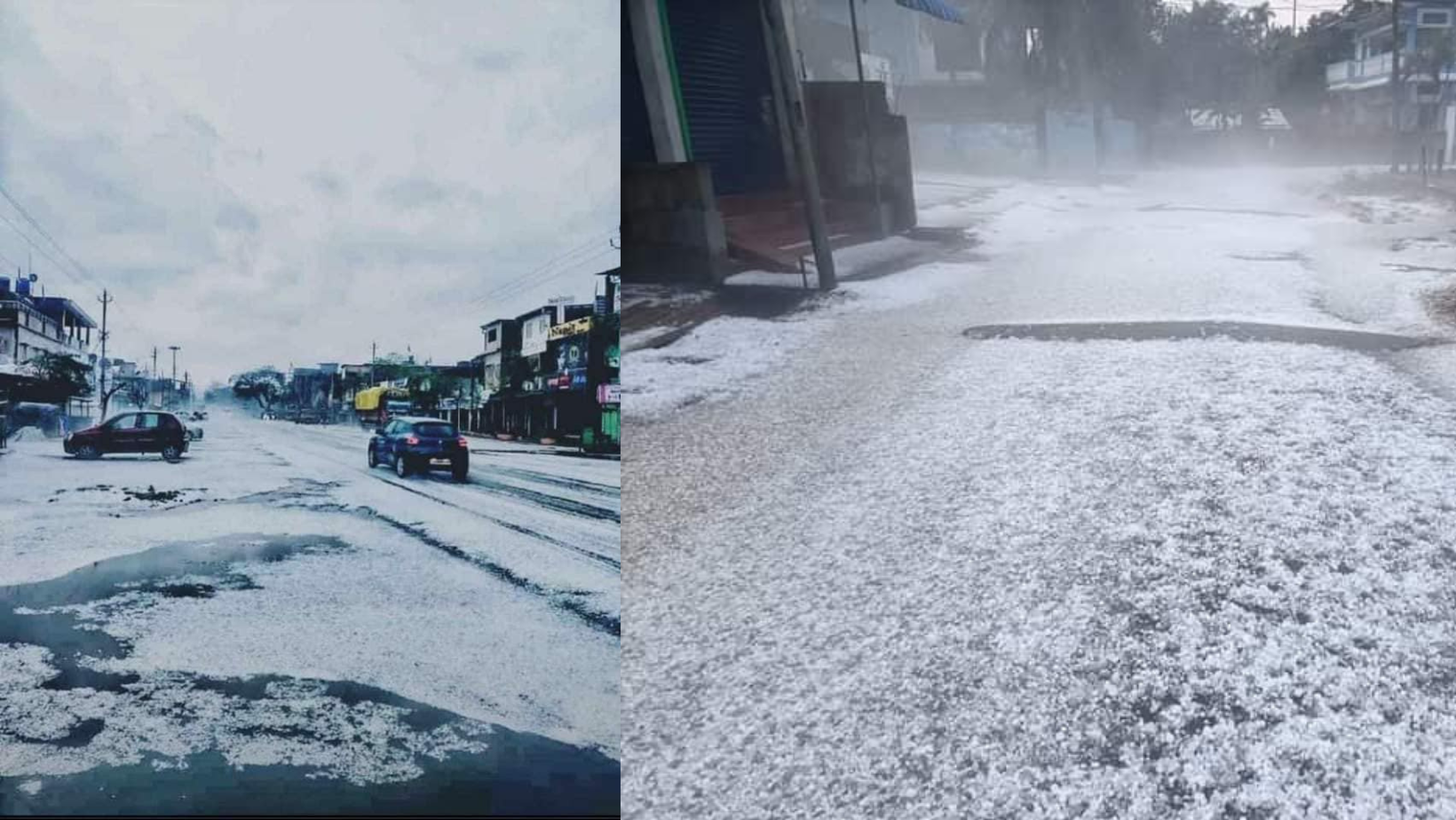 Get ready to celebrate a bone-chilling year ending and a New Year with temperatures dipping expected to drop to 14°C amid rains and hailstorms in Assam. The met department is also predicting some snow in the State this time.

The Regional Met Centre Guwahati has predicted light to moderate rain, light snow in Assam in the next five days.

Several places in the state including Moran town in the Dibrugarh district of Assam have been forecasted to receive rains and hailstorms in the next 5 days, as per the Regional Meteorological Department.

Not only this, a dense layer of fog or mist in the mornings has been predicted over the course of the next 5 days.

It may be mentioned that over 4,400 houses were damaged after a severe hailstorm hit four Upper Assam districts on Tuesday – Tinsukia, Dibrugarh, Charaideo, and Sivasagar – affecting 132 villages.

According to the Assam State Disaster Management Authority (ASDMA), around 18,000 people in 132 villages were affected.

According to the ASDMA statement, “a total of 1,401 farms and families affected, and 172.73 hectares corp area damaged due to hailstorm (Mustard, Pea, Potato, Lentil, and other crops heavily affected) in Charaideo district, while 10.5 hectares of crop area, and 71 farm families affected in Dibrugarh district.”

Meanwhile, Assam Chief Minister Himanta Biswa Sarma has instructed officials to make a detailed assessment of the damages caused by the hailstorm and said that the government is extending all possible help to all those affected by it.