As a part of “Har Ghar Tiranga’ campaign, Cachar District Administration in Assam along with Cachar police, Assam Rifles, CRPF, Cachar Zilla Parishad, DDMA, and officials from other line departments 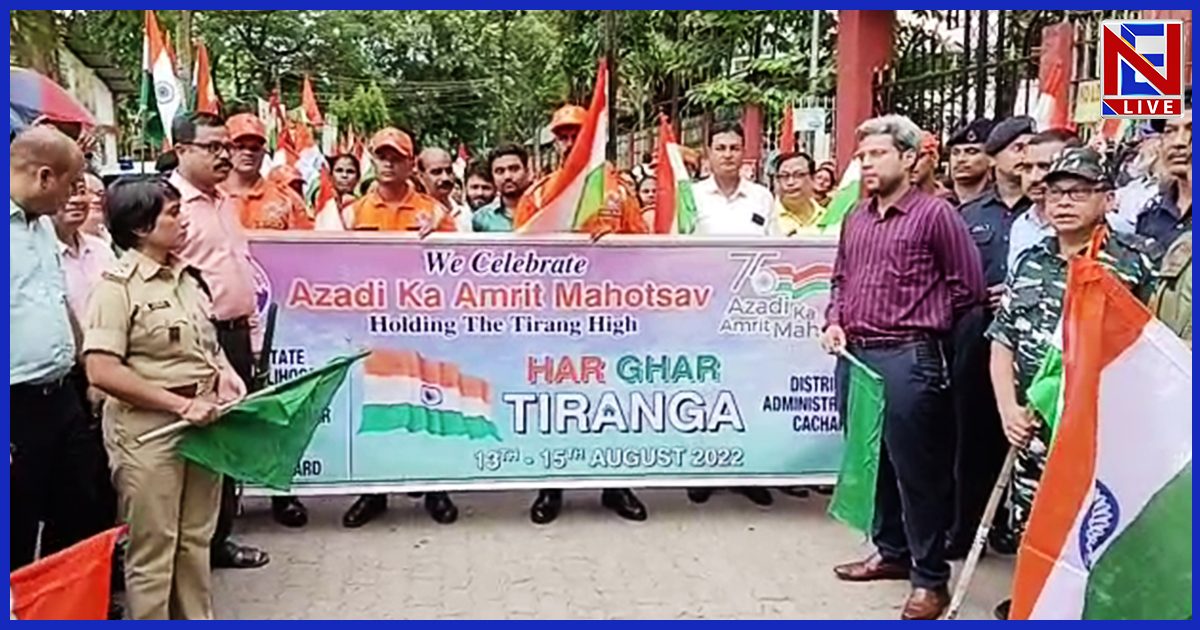 As a part of “Har Ghar Tiranga’ campaign, Cachar District Administration in Assam along with Cachar police, Assam Rifles, CRPF, Cachar Zilla Parishad, DDMA, and officials from other line departments on Wednesday organized a ‘padyatra’ in Silchar.

The ‘padyatra’ started from the Cachar DC Office and culminated at the newly renovated Gandhibag Park. Cachar DC Rohan Kumar Jha said that the padyatra is aimed to generate awareness among the people of the district to hoist or display the national flag from August 13-15 as part of 75 years of Independence celebrations.

SP Ramandeep Kaur also participated in the ‘padyatra’ with the tricolor in hand.

To promote the campaign, the SP said that following the call given by Prime Minister Narendra Modi as part of the celebration of 75 years of India’s independence, everyone is spirited and the rally echoes the call to all residents of the district to participate in the campaign and hoist the tricolor during the three days leading up to Independence Day.

The program which started on August 8, witnessed another enthralling match between the Police women’s team named Virangana XI against DSA XI the general public women’s team.

This is for the first time that any SP or District Police administration organised such activities. The second match was played between Cachar Police’s men’s team named Cachar Police XI who competed against Silchar’s Veteran FC.

The matches were thoroughly enjoyed by both the audience and police personnel.

After handing over the prizes to the winners, talking to Northeast Live SP Cachar Dr Ramandeep Kaur said that there are some players in the team who have even played cricket at the district and state levels and the police department will continue to organize more such matches in the future.