The Protest rally was organised by AICSU, MCSU, YCA, CMS and CNCI 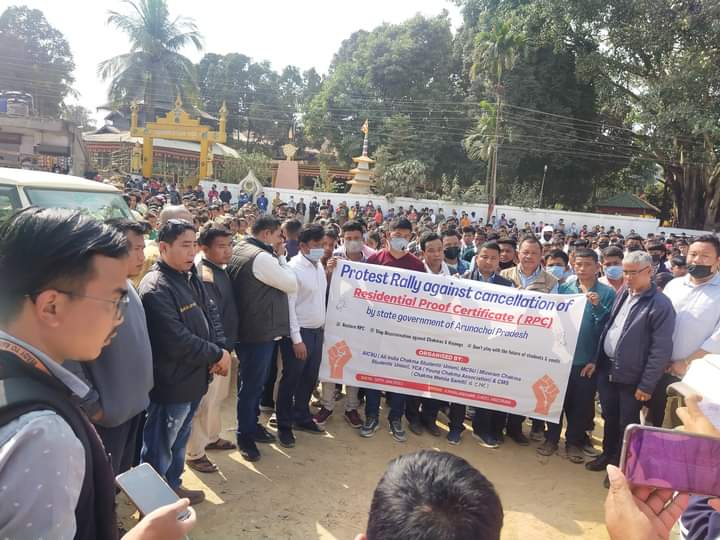 Chakma and Hajong students and youths staged a protest in Mizoram today against the cancellation of RPC to them and people from the Chakma and Hajong communities by Arunachal Pradesh government.

The Protest rally saw the participation of thousands of school students, youths and general public to show solidarity with the students and youths of both the communities of Arunachal Pradesh against the alleged systematic discrimination and total violation of Article 21 of the Constitution of India, organisers of the protest rally said.

This series of Protests will be continued until and unless state government does not sit and talk with representatives of both the communities, the organisers said.

People from the two communities have been protesting since. Protests were also held in Jantar Mantar, New Delhi.

Unlike permanent residence certificates, RPCs are temporary documents issued to persons residing in a particular place.

In Arunachal Pradesh, RPCs are issued to members of Chakma and Hajong communities who are yet to be granted Indian citizenship, don’t possess documents like passports and are not included in voter lists. The RPCs help them to pursue higher education in other states and join paramilitary forces.