Hectic campaigning underway in Assam as political parties have upped the ante for the forthcoming assembly polls. Chief Minister Sarbananda Sonowal filed his nomination from Majuli on Tuesday as the BJP candidate for the second consecutive term.

The chief minister filed his papers on the last day of submitting nominations before Majuli Deputy Commissioner. 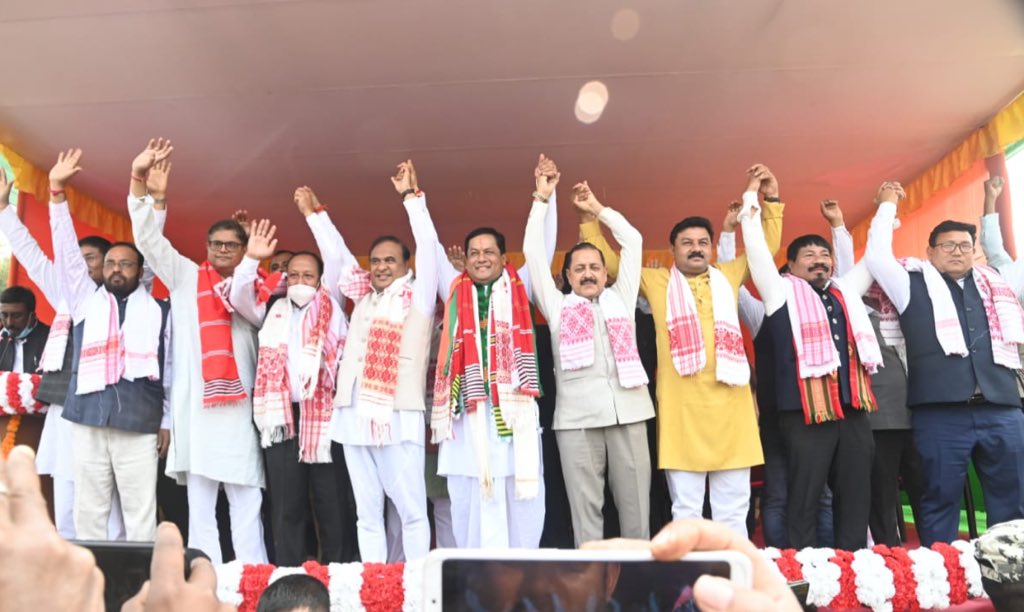 The chief minister has once again chosen to contest the 2021 assembly elections from the constituency. Though Sonowal hails from Dibrugarh, he decided to contest from the Majuli seat in 2016 and received more than 50 per cent votes to defeat his rival candidate from Congress.

CM Sonowal’s main contender in the seat will be former Congress minister Rajib Lochan Pegu, who represented Majuli for three consecutive terms since 2001 but lost to Sonowal in 2016 by 18,923 votes.

Majuli goes to the polls in the first phase on March 27. Polling will be held in 47 seats in this phase.

Elections to the 126-member assembly are being held in three phases with the second and third phases on April 1 and April 6, respectively.