Ukraine Minister Among 18 Dead In Chopper Crash Near Kindergarten

Among the dead are several top officials of the interior ministry including Interior Minister Denys Monastyrsky and his first deputy minister, Yevgeniy Yenin, he said. 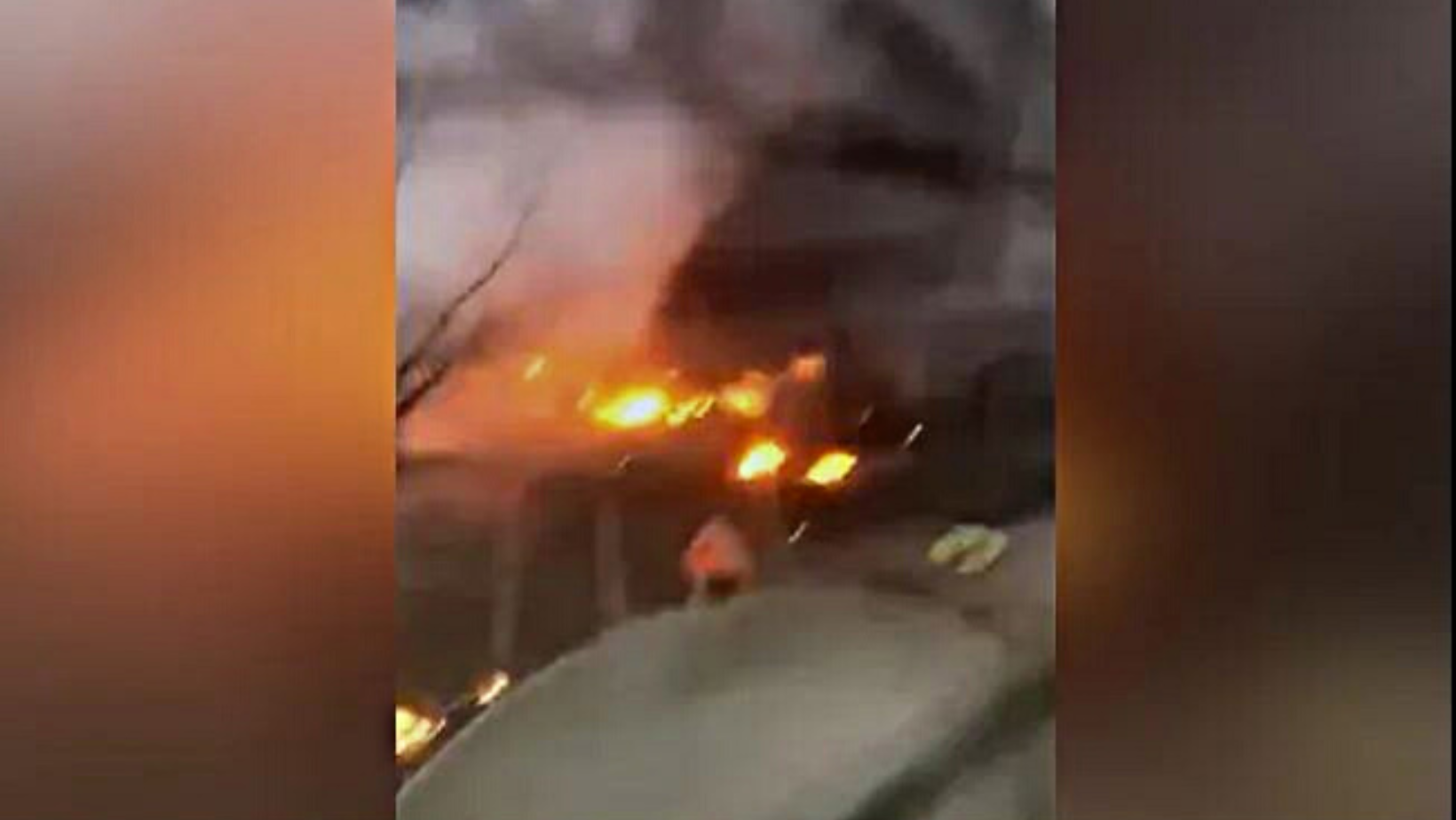 Eighteen people, including Ukraine’s interior minister and three children, were killed in a helicopter crash near a kindergarten outside Kyiv on Wednesday.

The helicopter slammed down next to the kindergarten and a residential building in Brovary, a commuter town for the capital Kyiv that was the scene of fierce fighting early in Russia’s invasion of Ukraine.

Amateur footage circulating on social media showed what appeared to be the charred remains of the aircraft mixed with debris from nearby buildings and a car crushed by large shards of metal. Cries could be heard at the scene which was consumed by a fire.

“A helicopter of the state emergency service crashed in Brovary. As a result of the plane crash, the leadership of the interior ministry died,” the head of Ukraine’s police service, Igor Klymenko, said in a statement.

He specified that the Interior Minister Denys Monastyrsky and his first deputy, Yevgeniy Yenin, were both killed.

The Kyiv region governor, Oleksiy Kuleba, put the latest death toll from the accident at 18 people, including three children.

“There is information about 29 wounded, including 15 children. All necessary assistance is provided to them,” he added.

“Rescue operations are ongoing at the site”.

AFP journalists in Brovary saw emergency workers and firefighters working at the scene. The rotary blades of the helicopter cut into a nearby building could also be seen.

Klymenko from Ukraine’s police service said earlier that nine of those killed were on board the helicopter when it crashed.

Denys Monastyrsky, 42, a trained lawyer, had served as Ukraine’s interior minister from July, 2021.

He was a key member of Ukrainian President Volodymyr Zelensky’s party and was married with two children.

“My colleagues, my friends. What a tragic loss. Deepest condolences to their families,” said Anton Gerashchenko, an adviser.

There was no immediate comments of what may have caused the crash. Aviation accidents are fairly common in Ukraine, where the use of ageing and sometimes Soviet-era infrastructure is still common.

In one of the deadliest recent incidents, 26 people, most of them air cadets, were killed when their Antonov-26 plane crashed near the eastern Ukrainian city of Kharkiv in September, 2020.

The town of Brovary is located some 20 kilometres (12 miles) northeast of Kyiv and was among urban hubs around the capital that Russian troops had tried to capture after invading Ukraine last year.

Regions around the capital are no longer the scene of fierce fighting after Russian forces were pushed back, but a series of Russian missile strikes have disrupted power supplies across the country, including in the Kyiv region.

An NDTV copy or edited by NDTV