This is the TMC supremo’s second visit to Meghalaya. It comes within a week of two of its MLAs leaving the party 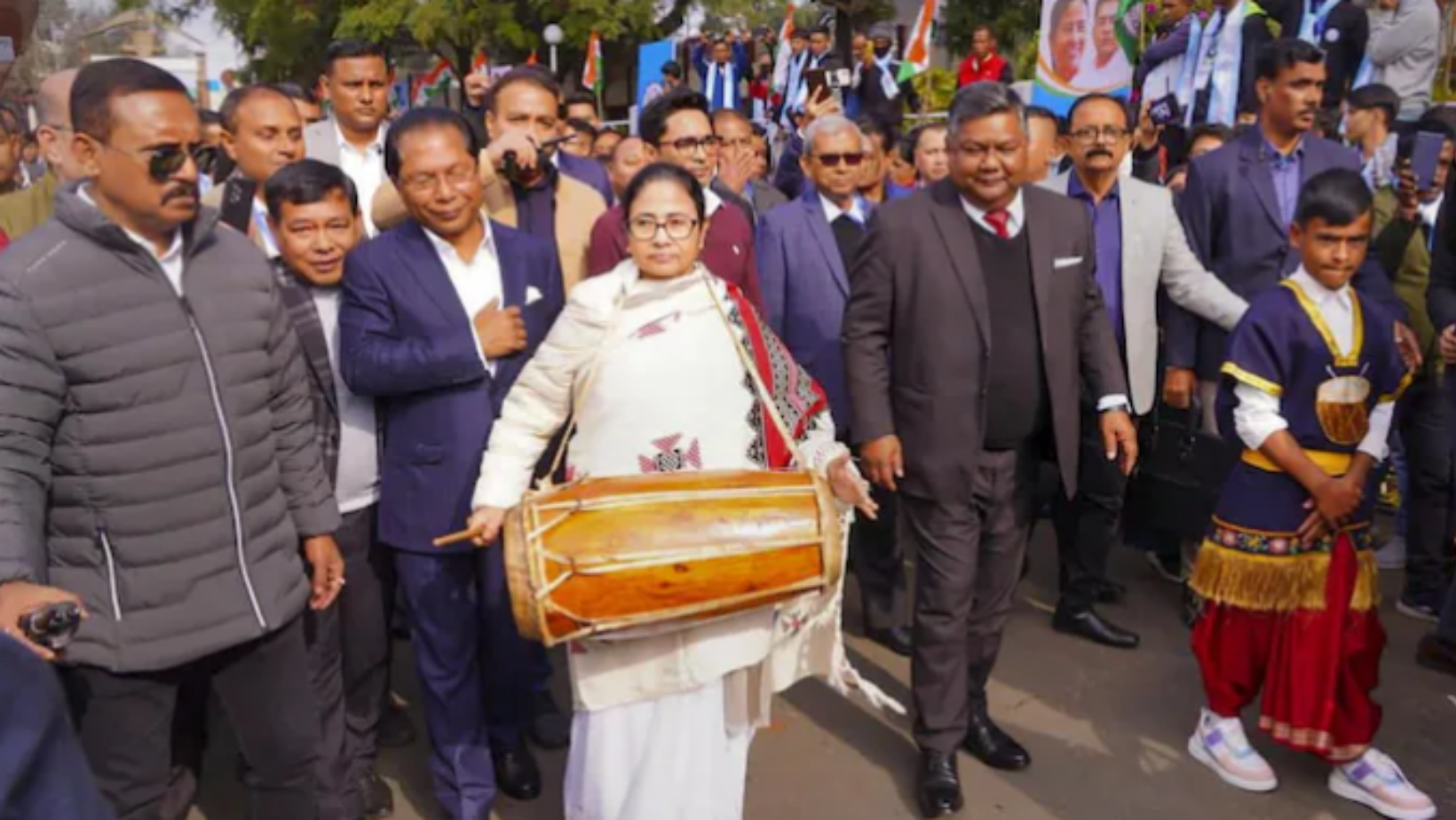 Political temperatures are soaring in Meghalaya, as Trinamool Congress supremo and West Bengal Chief Minister Mamata Banerjee is all set to make her second visit to the poll-bound state today.

Banerjee, along with the party’s general secretary Abhishek Banerjee, will be visiting the state just for a day wherein she will be addressing a rally in Mendipathar in the North Garo Hills today

The visit comes less than a week after the party’s journey in the state took another turn with two of its MLAs from the Garo Hills, Marthon Sangma and Jimmy D Sangma, resigning and joining the National People’s Party. Both have been given NPP tickets and will be contesting from Tikrikilla and Mendipathar, respectively. Another TMC MLA, Himalaya M Shangpliang, resigned and joined the BJP.

Notably, The TMC had made a dramatic entry into Meghalaya’s political scene in November 2021 when 12 of 17 sitting Congress MLAs, led by former Chief Minister and six-time MLA Mukul Sangma, switched over to it, making a party which had no track record in the state, the primary opposition in the state Assembly.