Terror plot busted in Delhi ahead of Republic Day, police on hunt for 4 more suspects

Delhi Police is hunting for four other terror suspects, besides the two who were arrested last week from the Jahangirpuri area in the national capital 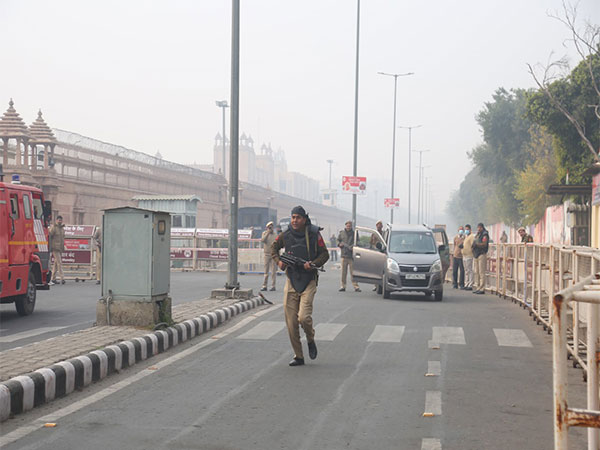 Ahead of Republic Day, Delhi Police is hunting for four other terror suspects, besides the two who were arrested last week from the Jahangirpuri area in the national capital, sources said on Tuesday.
According to the Delhi Police Special Cell sources, the terror suspects recieved weapons from Pakistan through the drop-dead method and were in touch with their handlers on the other side of the border through a social media app.

“Delhi Police looking for 4 other suspects. They received weapons from Pakistan through the drop-dead method and were in contact with handlers in Pak on the Signal app. They got weapons at an unidentified location in Uttarakhand which is being verified,” sources said.
This comes after two terrorists were arrested from the Jahangirpuri area in Delhi earlier in January who, according to the police, were tasked to carry out the targeted attacks in various states.
In the latest development, the Delhi Police got information about the involvement of 8 persons in the module. The police suspect the possible presence of four suspects in India presently.
“Their handlers sitting at the border sent instructions on the Signal app, after which they shared the location of the bag full of weapons through Google Maps. About 8 people are involved in this module of terrorists out of which 4 can still be present in India only. 2 terrorists were used to provide weapons and 2 were used to send the Google location of the weapons to their bosses by keeping the weapons at a particular location,” sources said.
According to sources, the weapons recovered from the terrorists were found at an unknown location in Uttarakhand which is now being verified.
Meanwhile, the two terror suspects arrested from the Jahangirpuri area of the national capital on Thursday were assigned to carry out targeted killings of rightwing leaders on January 27 and January 31, sources in the Delhi Police claimed on Monday.
The Delhi Police had earlier said it arrested two ‘suspicious’ men and recovered two hand grenades from their house in the Bhalswa Dairy area of Jahangirpuri.
The Special cell of the Delhi Police had arrested the two suspects — identified as Jagjit Singh (29) and Naushad (56). They were produced before the Patiala House Court on Friday and sent to police remand for 14 days.
Police sources later claimed that three rightwing leaders of Punjab and Delhi were on their hit list and they had even set a date and time to take out two of their targets.
Further, according to sources, the suspects, now in police custody, had receed two of their targets and had even taken note of their movements and daily schedules.
The sources added that the suspects were to receive Rs 50 lakh on killing the first target, Rs 1 crore for taking out the second and Rs 1.5 crore for eliminating the third.
Both had received Rs 5 lakh as token money through hawala operators, sources claimed further.
Police said they carried out a raid at their rented house at the Shradha Nand Colony in the Bhalswa Dairy police station limits on Friday, under relevant sections of the Unlawful Activities (Prevention) Act (UAPA) and recovered hand grenades. The police said they also recovered three pistols and 22 live cartridges from the suspects.
A team from the Forensic Science Laboratory (FSL) also visited the house and collected blood samples on Friday.
According to sources, it is alleged that the suspects killed a person in the house and shared a video of the killing with their handler.
The police said they were in the process of finding out who was killed.
Delhi Police earlier said it has information that Jagjit Singh has links to Khalistani terrorist Arshdeep Dalla. He is also a member of the notorious Bambiha gang and has been receiving instructions from anti-national elements based abroad, the city police said, adding that he is also a parole jumper in a murder case in Uttarakhand.
Naushad is also associated with Harkat-ul-Ansar (HUA), a terror group which is based in Pakistan and primarily operates in Jammu and Kashmir.
He has been a life convict in two counts of murder and has also served a 10-year sentence in connection with a case under the Explosive Act.
The accused took up residence at the rented house last year, during Diwali, adding that the construction of their own house is ongoing, according to the neighbours. (ANI)