Sara-Vicky to Ranbir-Shraddha: Fresh on-screen Bollywood jodis to watch out for in 2023

Though 2022 did not turn out to be a good year for Bollywood, 2023 looks extremely promising.This year cinephiles will be going to witness films ranging from action-packed Pathaan to 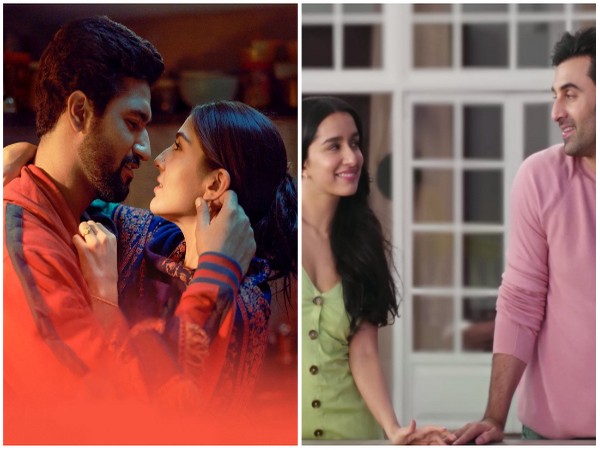 Though 2022 did not turn out to be a good year for Bollywood, 2023 looks extremely promising.
This year cinephiles will be going to witness films ranging from action-packed Pathaan to romantic drama ‘Rocky Aur Rani Ki Prem Kahani’ and gangster drama ‘Animal’. Interestingly, in 2023, movie lovers will also see different actors collaborating for projects.

So, here is a list of the new on-screen pairs that’ll definitely set the screens on fire with their chemistry in 2023.

Vicky Kaushal and Sara Ali Khan will be seen together in Laxman Utekar’s yet-to-be-titled. The two shot for the film in Madhya Pradesh. In January 2022, the duo finished shooting for the project.
Sharing a poster from the film last year, Sara thanked Vicky for making the film’s journey memorable for her. “…@vickykaushal09 every day with you on set has been a blast. From enjoying Punjabi songs and bonfires to early morning drives and copious cups of chai. Thank you for making this journey so memorable for me. You’re one of the most humble, talented and gifted actors I’ve met, and I’m so privileged that I got to share screen space with you and learn so much from you.”

Get ready to witness loads of fun as Ranbir Kapoor and Shraddha Kapoor come together for the first time in the film ‘Tu Jhoothi Main Makkar’.
On December 14, 2022, the title teaser of the film was unveiled in which Ranbir and Shraddha were seen in goofy avatars. The film, which is helmed by Luv Ranjan, will be out in theatres on March 8.

Janhvi Kapoor and Varun Dhawan have teamed up to play a lead pair in Nitesh Tiwari’s ‘Bawaal’. While shooting for the film abroad the actors had great fun together. They shared several pictures from the shoot on their respective Instagram handles.
The film is all set to hit the screens on April 7, 2023.

In ‘Yodha’, actor Sidharth Malhotra will be seen flaunting his action-packed avatar with actress Disha Patani. Directed by Pushkar Ojha and Sagar Ambre, the movie revolves around the theme of hijacking. It is scheduled to release on July 7.

2023 is undoubtedly a special year for Shah Rukh Khan’s fans as he is returning to the silver screen after four years. This year he will be seen in different roles.

‘Dunki’ is one of his most awaited films of the year. In Rajkumar Hirani’s directorial, he will be seen sharing screen space with Taapsee Pannu.