Two more army personnel were inducted into the S&R operation on Monday, taking the team’s strength to 10, including mountaineer Taru Hai. 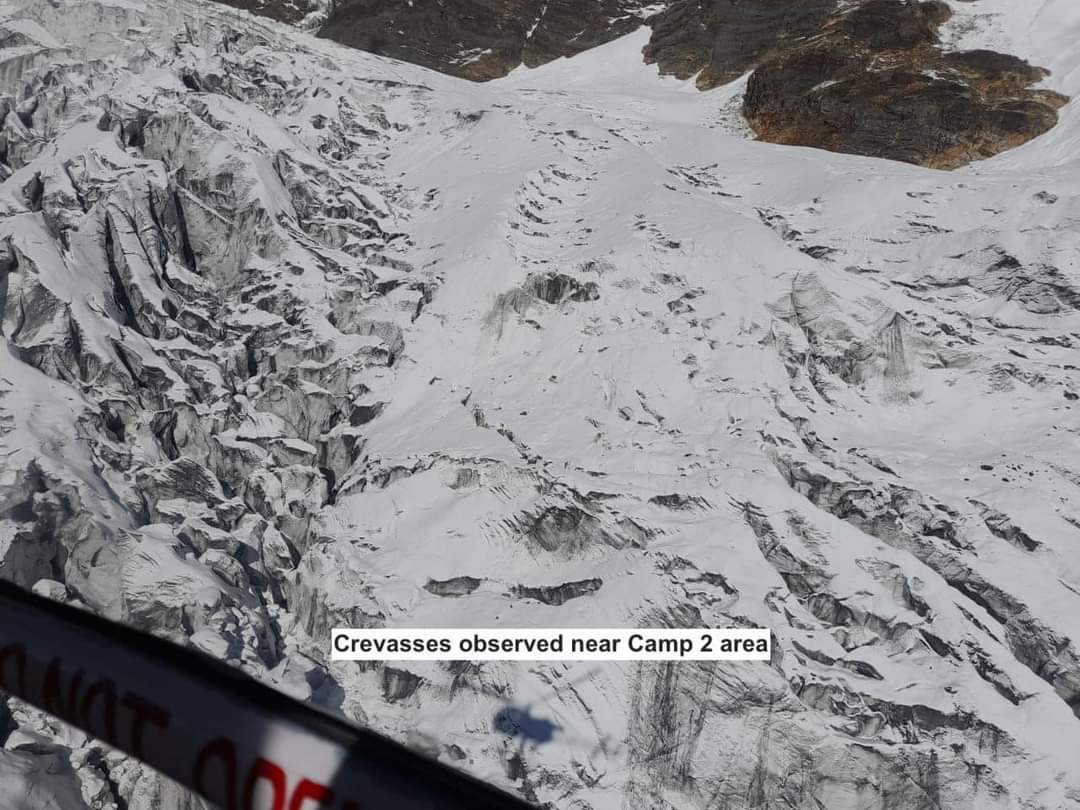 Wide and deep crevasses, along with avalanches were observed in the general area of the second base camp used by mountaineers Tapi Mra and Niku Dao, during the search & rescue operation for the duo on Monday.

Chayang Tajo ADC Rajib Chiduni, who is also the incident commander, informed that the S&R team which had been dropped at the base camp on Sunday conducted a ground search in and around the base camp.

The team will conduct more ground search operations today in the areas around the first base camp.

Meanwhile, two more army personnel were inducted into the S&R operation on Monday, taking the team’s strength to 10, including mountaineer Taru Hai.

It may be reminded here that Tapi Mra and Niku Dao are missing since August 17.