Temperatures have dipped across the region, as parts of the Northeast, including Guwahati, were lashed by incessant rainfall since yesterday. The downpour and snowfall in parts of the region have 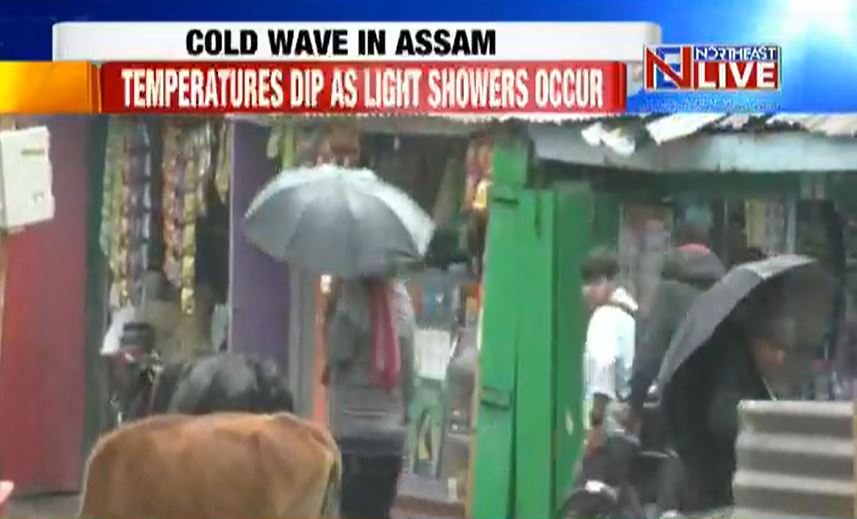 Temperatures have dipped across the region, as parts of the Northeast, including Guwahati, were lashed by incessant rainfall since yesterday.

The downpour and snowfall in parts of the region have led to a further drop in the mercury level.

Several parts of the state are experiencing bone-chilling cold with temperatures dipping below 10 degrees Celsius. Most of the town areas in the state are witnessing heavy fog, making blurring visibility on the road, coupled with frequent light showers, which are playing a major role in dipping the temperature.

In Mangaldoi, people are taking recourse to heavy winter clothing as well as bonfires to heat themselves. The morning hours see many people hudding up in groups to bask in some bonfire heat.

Meanwhile, the Regional Meteorological Centre Guwahati, or RMC, has issued a weather warning for Assam and adjoining areas over the course of the next 4-5 days, keeping in view the current cold wave that has gripped the northeast.

Furthermore, moderate to heavy rainfall with dense fog is also very likely to occur over several parts of the region, including Nagaland, Manipur, Mizoram, and Tripura. Furthermore, temperatures are expected to fall below 5 degrees Celsius in the coming days, with sub-zero temperatures in isolated areas of Arunachal Pradesh.