The much-awaited Maitri Setu bridge between Indian and Bangladesh was virtually inaugurated by Prime Minister Narendra Modi on Tuesday. He also inaugurated and laid the foundation stone for eight other

The much-awaited Maitri Setu bridge between Indian and Bangladesh was virtually inaugurated by Prime Minister Narendra Modi on Tuesday. He also inaugurated and laid the foundation stone for eight other infrastructure projects together worth Rs 3,518 crore.

Maitri Setu, which spans 1.9 kilometeres connecting Sabroom in Tripura and Ramgarh in Bangladesh, has been built over the trans-border Feni river. The construction was taken up by the India’s National Highways and Infrastructure Development Corporation Ltd at a project cost of Rs 133 crore.

Welcoming the launch, Bangladesh Prime Minister Sheikh Hasina, in a video message, said that the inauguration of the 1.9-km- long ‘Maitri Setu’ would herald a new chapter in relations between the two neighbours. 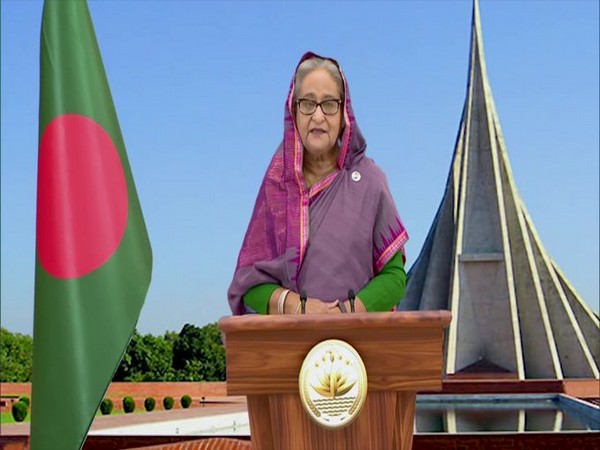 “Opening of any bridge is testimony to Bangladesh government’s continued commitment to support our neighbour India in strengthening connectivity in the region, particularly for Northeast India,” the Bangladesh Prime Minister said.

With Maitri Setu, Tripura is set to become the ‘Gateway of North East’ with access to Chattogram port which is just 80 km from Sabroom.

Furthermore, PM Modi also laid the foundation stone for setting up an Integrated Check Post at Sabroom which will help ease the movement of goods and passengers between the two countries.

Live Naxal-hit areas in Chhattisgarh get its first 4G

75 years of Independence: Indian Navy Hosts Tricolor in every continent

Indian Navy has orchestrated the deployment of its ships in such a manner that they can hoist the national flag on August 15 across 6 continents, 3 oceans, and 6 different time zones.

Indian Embassies around the world illuminated with Tricolour

On account of India’s Independence day celebrations, many wishes are pouring in from world leaders across the globe.

Witnesses saw a man storm the stage at the Chautauqua Institution and stab Rushdie about 10 to 15 times as he was being introduced.