The mega railway project being built at an estimated cost of Rs 14,322 cr is expected to be ready by December this year 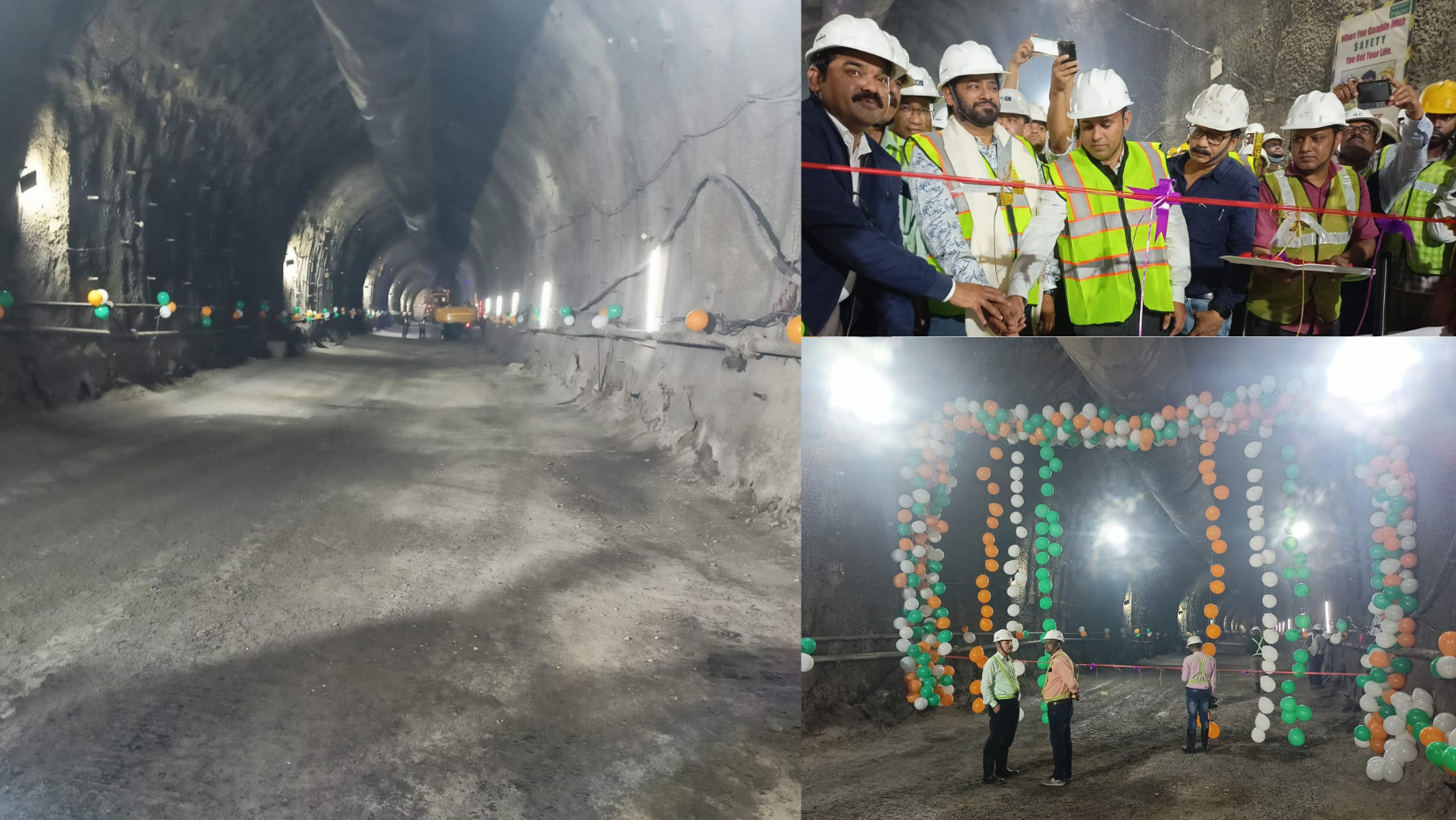 In a major achievement for the Northeast Frontier Railway, the tunnel excavation in the hill areas of Manipur for the main tunnel number T-12 connecting Tupul to Imphal was completed this afternoon.
“NF Railway conducted a ‘breakthrough blast’ to mark the successful completion of excavation work of the main tunnel with a length of 7.5 km from Portal-1 to Face-5. The Tunnel-12 has a total length of 10.275 Km with a parallel safety tunnel of 8.30 Km and it is the longest Tunnel of N. F. Railway,” officials said after the completion of the exaction work.

Responding to a query by Northeast Live, Chief Engineer, Construction-VII of NF Railway, Vikram Gupta said that this tunnel connects hills to the Imphal valley and is critical for the completion of the Tupul-Imphal section.

He further said that the NF Railway is targeting to complete excavation of the remaining portion of the tunnel by March. Deputy chief engineer, Construction-II of NF Railway, Ghanshyam highlighted that excavation for remaining portion of tunnel in Imphal valley around 2.1 km long is quite challenging since the soil is decomposed clay type of soil.

The tunnelling work is part of the Jiribam – Imphal railway project being built at an estimated cost of over Rs 14, 322 crores. The project involves multiple tunnels and bridges in tough terrains that are stretched at over 110 km. The project has at least 52 tunnels, 11 major bridges and 129 minor bridges. The tallest pier railway bridge of the world with a height of 141 meters is also being constructed under this project. The NF Railway plans to complete the project with 11 railway stations by December this year.