Lionel Messi celebrates New Year with his wife and kids 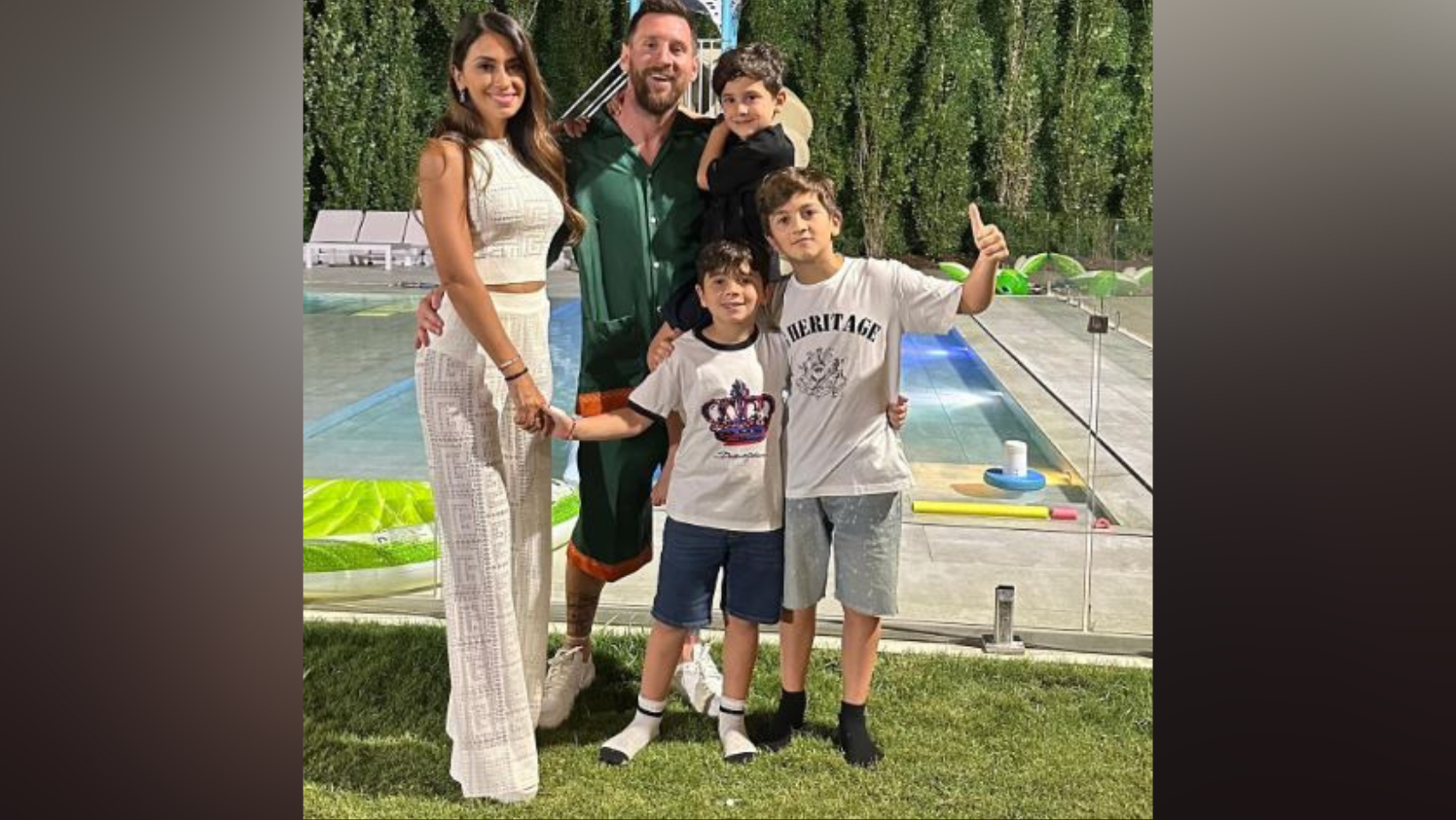 The year 2022 has been a memorable one for Argentina team captain Lionel Messi. The star player helped his national team lift the FIFA World Cup 2022 trophy last month. Argentina bagged the coveted trophy after a long gap of 36 years. The moment became further memorable for the player as he was felicitated with the Golden Ball, an award given to the best player of the tournament. What followed was an enthusiastic celebration from the 35-year-old and his Argentina teammates. Certainly, after the win, Messi is living the best days of his life. He uploaded pictures of his with his family on the first day of the year 2023.

In the final match against France, Messi scored two goals before scoring one in the penalty shoot-out as Argentina defeated Kylian Mbappe’s team France. After the game, Messi, his teammates and his millions of fans celebrated the World Cup victory with much jest.

Messi had recently been hounded by his supporters in his hometown Rosario. A video had emerged in social media in which his car was seen mobbed by the fans.

This came after Argentina players were forced to abandon an open bus victory parade in Buenos Aires due to the massive crowds following their World Cup win.

Messi is expected to return to work next week, playing for Paris Saint-Germain. The development was confirmed by PSG head coach Christophe Galtier.

On the other hand, PSG resumed their Ligue 1 campaign with a 2-1 win over Strasbourg. Kylian Mbappe scored an injury-time penalty to seal a 2-1 win for the side on Wednesday.